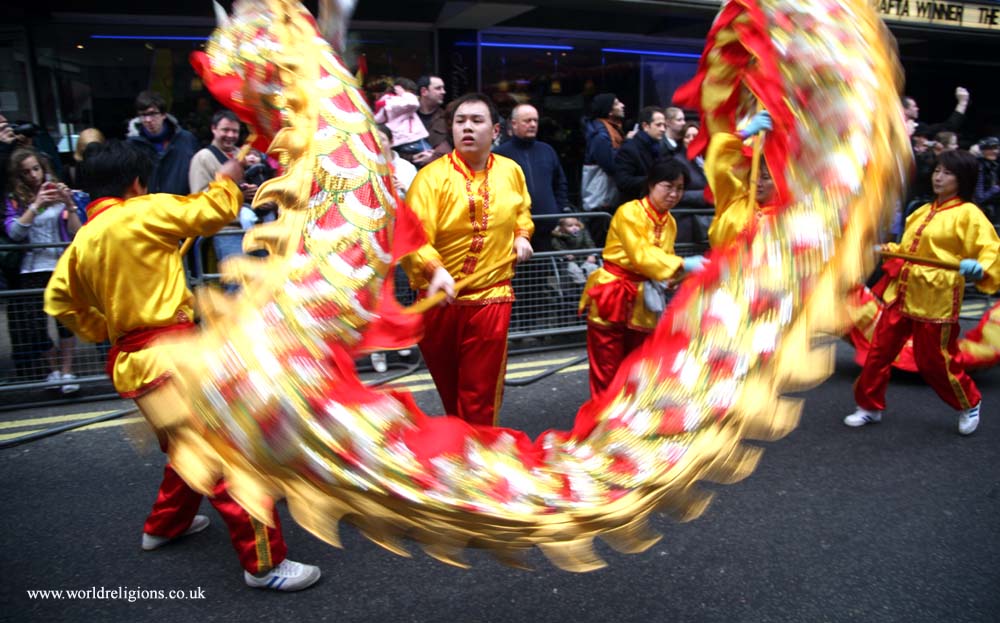 The Year of the Monkey─ninth animal in the 12-year cycle of the Chinese zodiac—begins with a bang on 8th February 2016.

Chinese New Year is celebrated with colourful pageantry by Chinese communities all over the world.  Sydney, where Chinese-born Australians and students make up some 5 per cent of the population,is set to stage the biggest festivities outside Beijing. 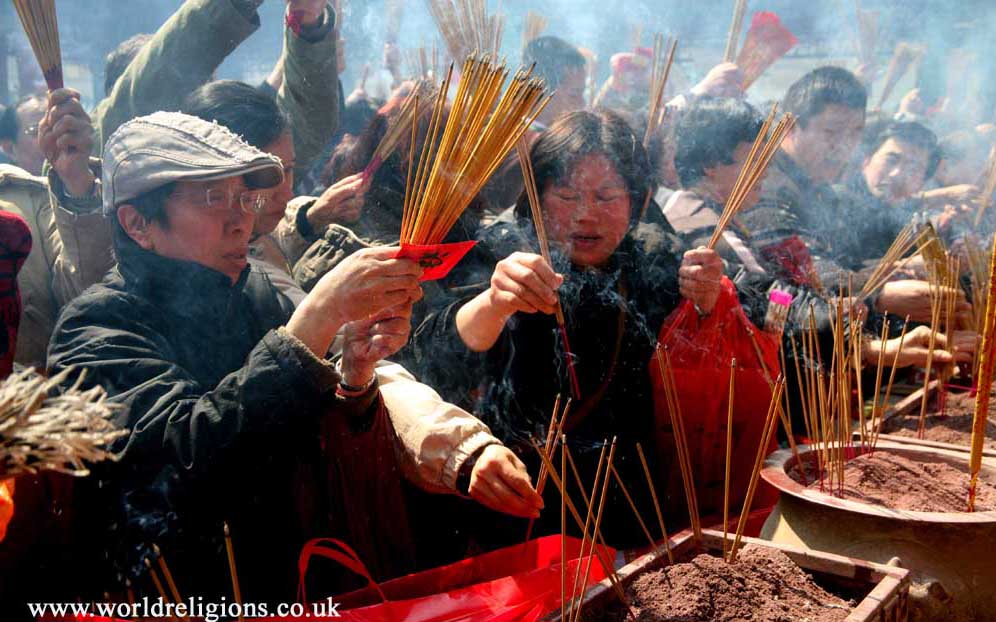 BURNING JOSS STICKS AND PAPER MONEY IS AN ANCIENT TRADITION

Red, the colour of Fire, one of the five elements in the Chinese zodaic, corresponds with the Monkey, accordingly 2016 is the Red Fire Monkey Year.

In Chinese culture, monkeys are considered intelligent and quick-witted and while it is illegal to breed and train them without a licence, one village is exempt.

Villagers in Baowan, in rural Henan province, have been training monkeys using harsh methods for many centuries. Macaques are taught to walk on stilts and to even catch knives while balancing on a board. 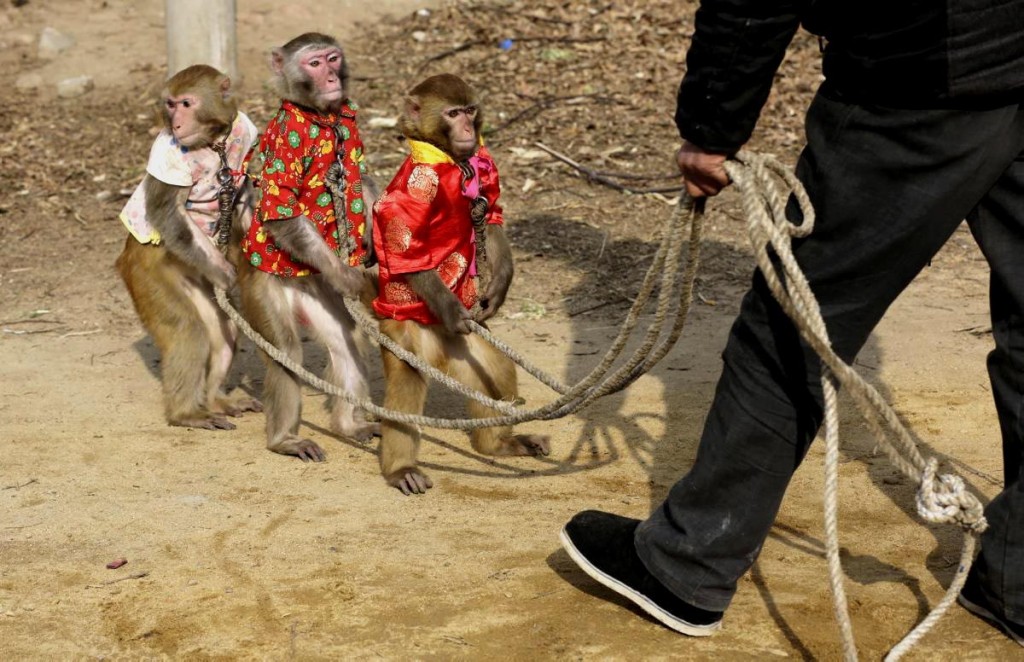 While the Chinese have a particular  reputation for animal cruelty,  I have seen monkeys riding bicycles in India and monkeys in fancy dress posing with tourists in Thailand. In Marrakech one morning, I saw a monkey defy its owner who swung it around on its chain and cracked its head on its box.

Amid the dancing, drumming and exploding fire-crackers for Chinese New Year, spare a thought for other primates such as the orangutan which shares 97% of DNA in common with humans. The World Wildlife Fund estimates that 3,000 orangutans have died in fires, a result of forest clearing to make way for palm oil plantations in Indonesia. 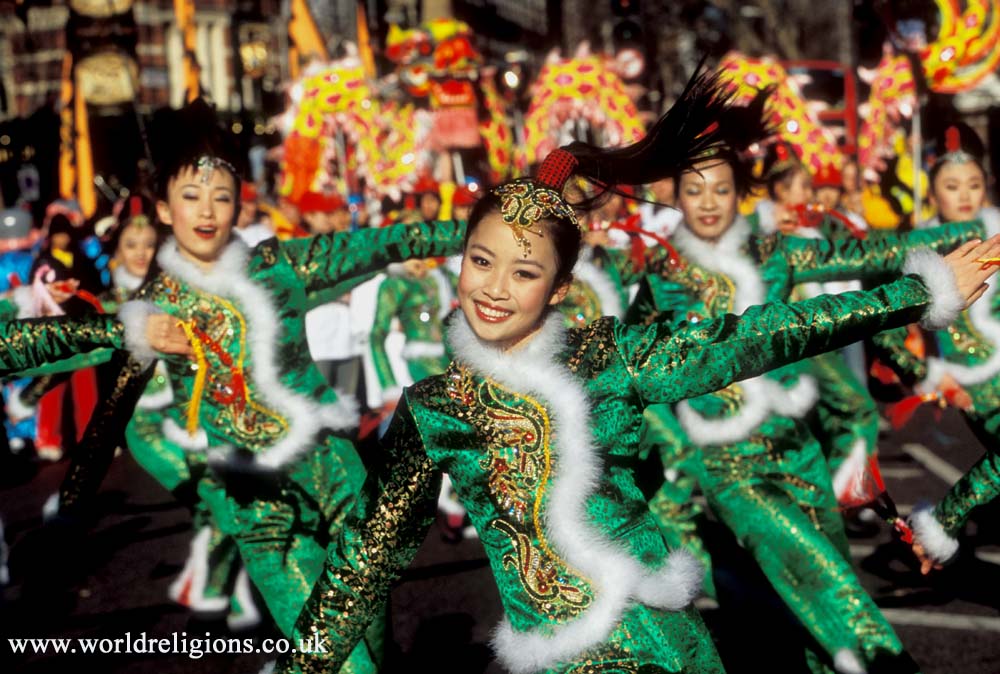 DANCING IN THE CHINESE NEW YEAR

So in this Year of the Monkey with primates even more likely to be used as tourist attractions, do your bit by refusing to take photographs. And boycott products in your supermarket without an RSPO label certifying they were made using sustainable palm oil. 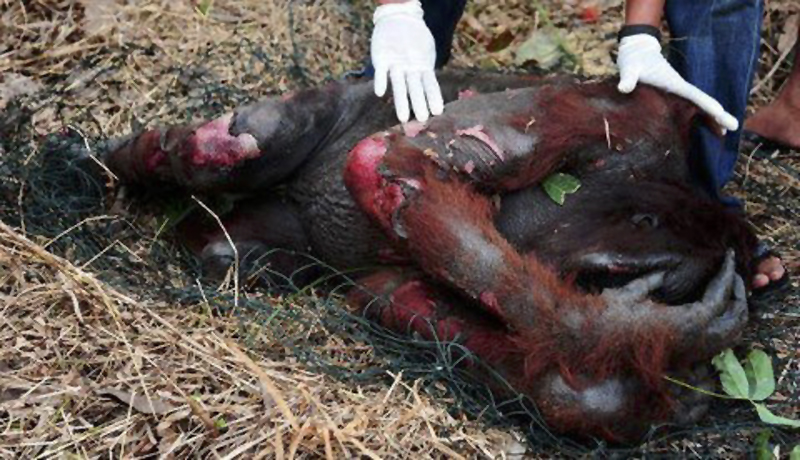