DON’T KILL THEM, GIFT THEM 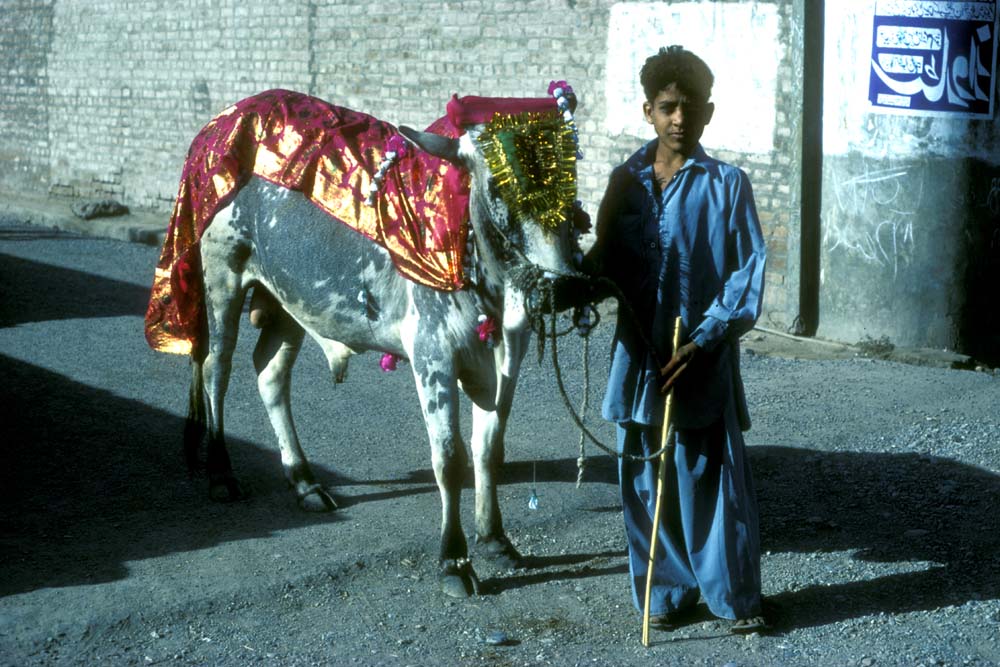 YOUNG BULL FOR SACRIFICE IN PAKISTAN

Animal sacrifice is mentioned hundreds of times in the Old Testament, but over the centuries, both Judaism and Christianity have gradually consigned the practice to the past.

A fundamental difference within the disturbed world of Islam is that the majority of peaceful Muslims are unwilling to acknowledge, much less abjure, the warrant for violence and intolerance embedded in the Qur’an. The Qur’an is believed to be the direct words of God, revealed via the Angel Gabriel to the Prophet Muhammad,more than 1400 years ago. It is therefore considered sacrilegious to affect any changes in the text. 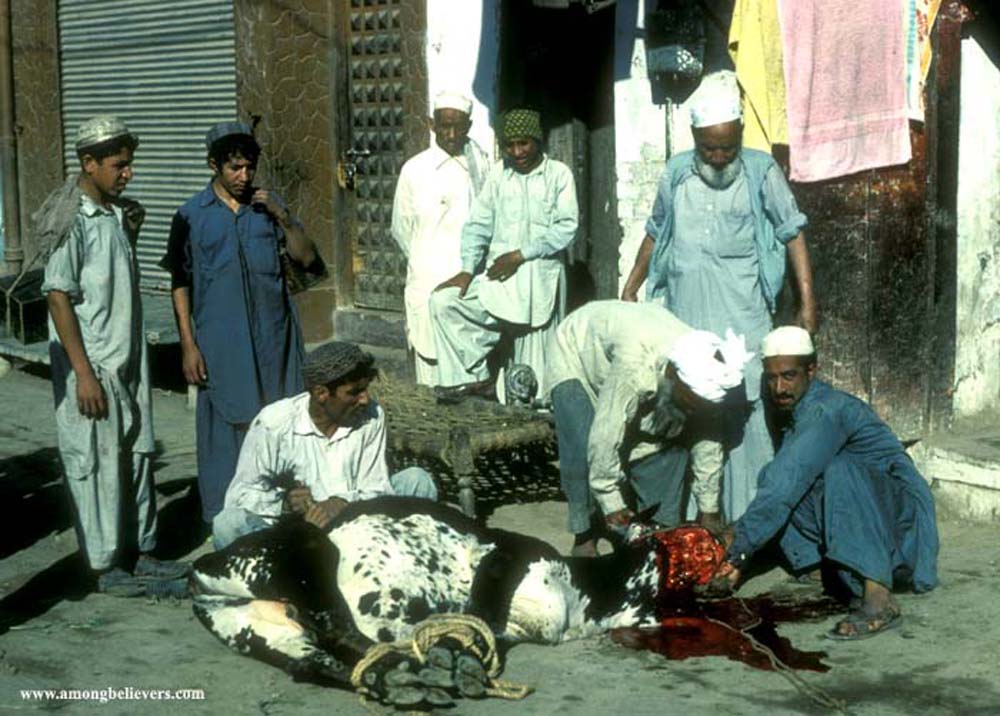 Whereas Salafists take the Qur’an at its most literal, pious Muslims quietly adhere to its teachings on diet and dress without trying to impose Islamic lore on unbelievers. The problem is that many of their religious beliefs sit uncomfortably in the economic, cultural and political structure of democratic societies playing host to millions of Muslim migrants and refugees,

Islam espouses many customs that aggravate western sensibilities. Perhaps none is more sensitive than the edicts concerning women. Sura 4:34 …”Allah permits the hitting of women”…being one of the most noxious.

Ramadan, the month long fast when Muslims may not eat or drink between the hours of dawn and dusk may have been all very well for a herdsman resting under a date palm in 9thcentury Arabia, but the practice is unsuited in an inter-connected world. 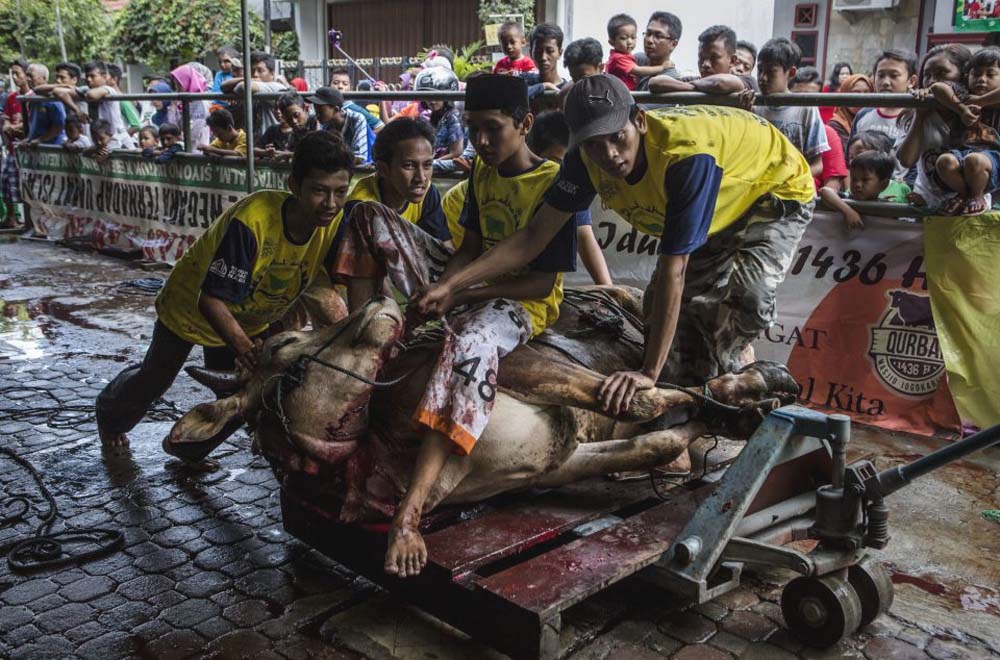 Among other Muslim observances, Eid ul-Adha — the feast of sacrifice — is considered repugnant in societies with a concern for animal welfare. Dating from a time when Arabs offered blood sacrifices to pagan idols, it requires every Muslim family slaughter an animal at the end of the hajj pilgrimage (a symbolic act commemorating the willingness of the Prophet Ibrahim to sacrifice his son to God, and believed to bring good karma). 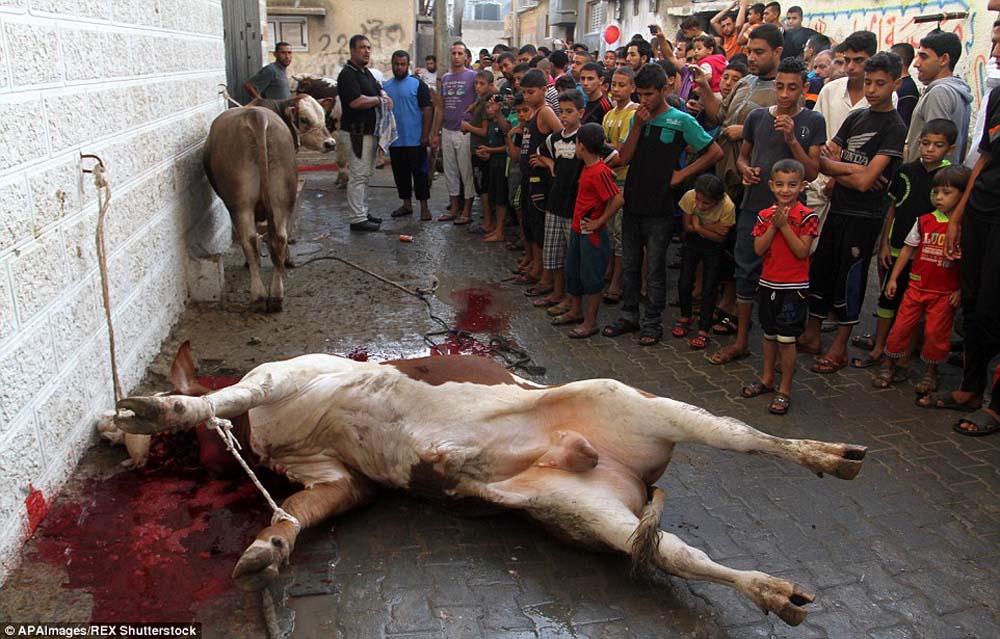 On the first day of Eid ul-Adha an estimated 400 million animals worldwide have their throats cut  — bull, buffalo, cow, sheep, camel, goat — whatever the head of the household can afford, with the meat then distributed, as an act of charity, to the poor. 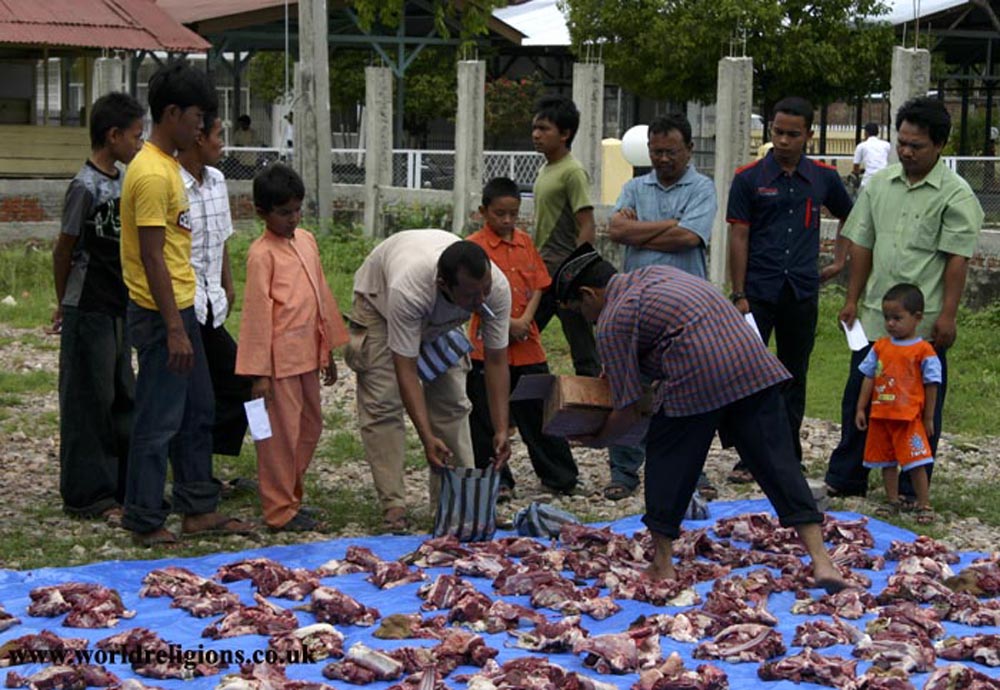 DISTRIBUTION OF MEAT OF SACRIFICIAL ANIMALS IN BANDA ACEH

How much more compassionate it would be to gift the animal to a poor family for milk. Or to build up a small rural herd. It is also economically more sensible. 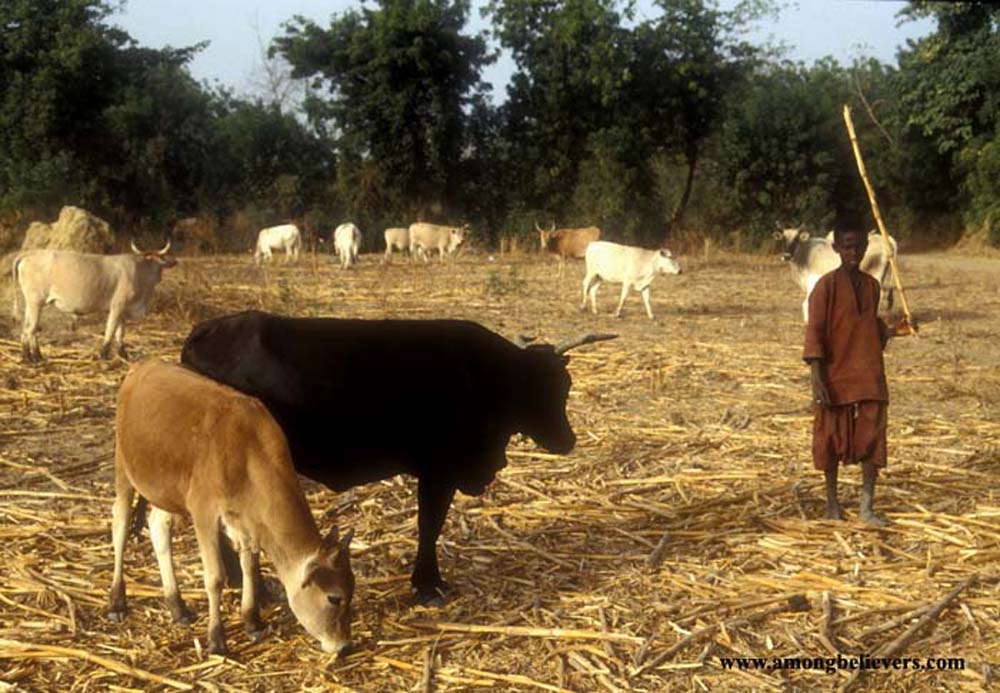 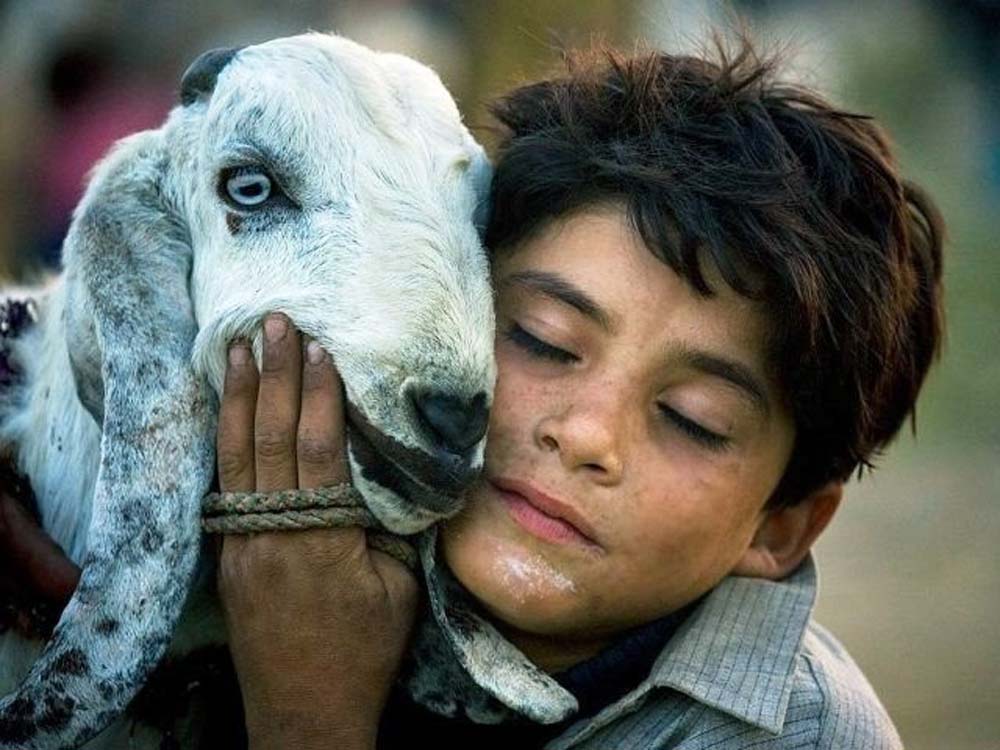