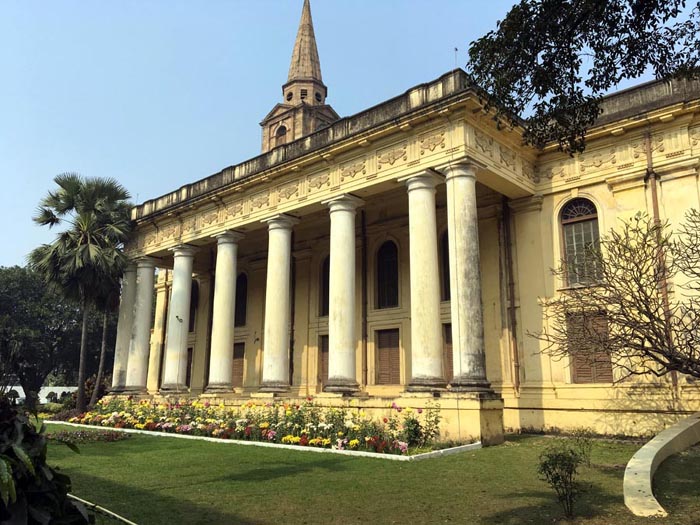 St John’s Anglican Church was among the first public buildings erected by the East India Company when Calcutta became the official capital of British India in 1772. Its foundation stone was laid by the first Governor General of India, Warren Hastings, on 6th April 1784 and the church opened for worship in 1787. Built of stone from the ruins of the ancient Bengali town of Gaur, St John’s bears a passing resemblance to the 13th century church of St Martins-in-the-Fields in London. Its neo-classic style architecture is topped by a similar spire inset with a giant clock said to have been wound every day since its construction. Whether you are a Christian or not, a reason to visit St John’s is that its compound houses a monument in memory of the soldiers who suffocated in a small room in Fort William following the British surrender of Calcutta to the Nawab of Bengal, Siraj ud-Daulah, in April 1756. Of the 146 prisoners crammed in overnight, only 43 were still alive when the cell was unlocked next morning ——the dead, with no room to fall, remained on their feet. The lexicon “black hole of Calcutta” has entered the English language to mean anywhere small, dark and claustrophobic. The room concerned is said to have measured only 14x18feet.

An obelisk commemorating the lives lost on that terrible night was removed in 1821. The new Viceroy of India, Lord Curzon, built a new memorial in 1901, but due to the sensitivities of the Indian independence movement, it was taken to its present site in the shady compound of St John’s Church. Located on Netaji Subhash (NS) Road, St John’s is a quiet oasis in the maelstrom of modern-day Kolkata. Your transport can drive in and park outside the entrance of the church (leave a tip for the gate keeper on your way out). 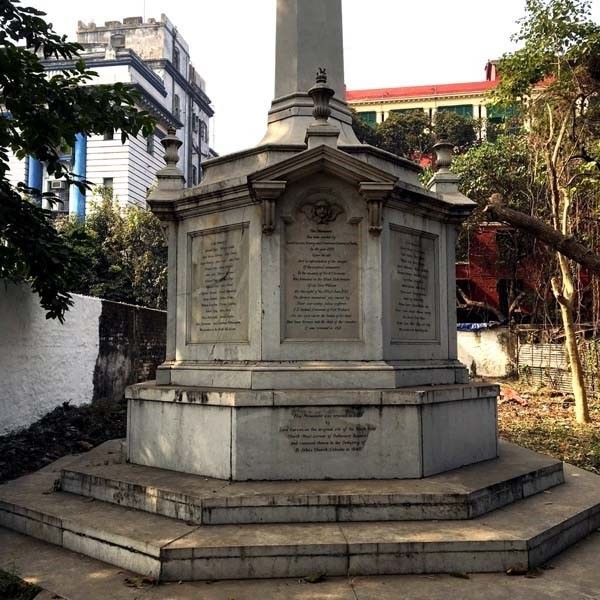 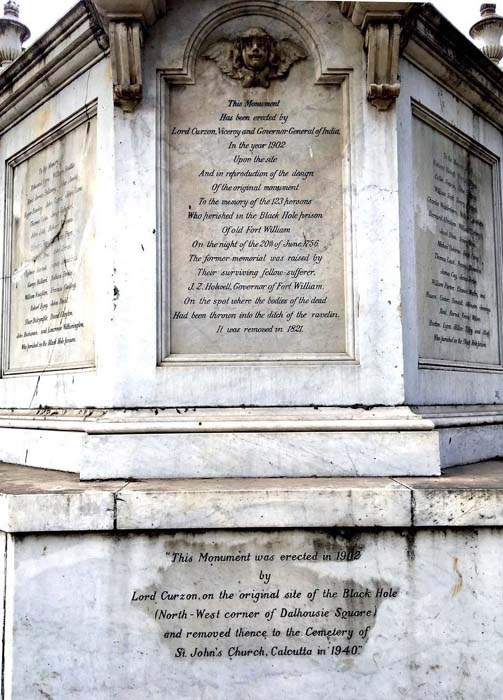