HOLI, THE FESTIVAL OF COLOURS 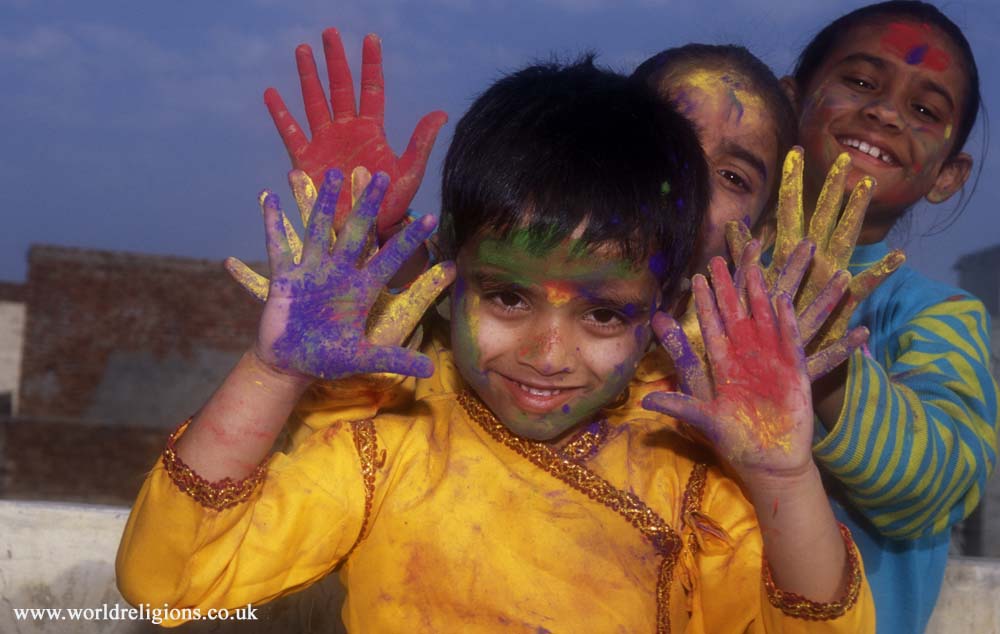 It is usual for people to dress up for a festival. To wear their best clothes. At the colourful Indian festival of Holi, however, it is the opposite. People put on their oldest clothes which will get soaked during the merriment..

Holi is commonly believed to have origins in the Hindu legend of Holika, the demon goddess in the 7th century Sanskrit drama, the Ratnavali.

Holika is said to have colluded with the demon king Hiranyakashyap to kill his son Prahlada who worshipped the God Vishnu, instead of his father. 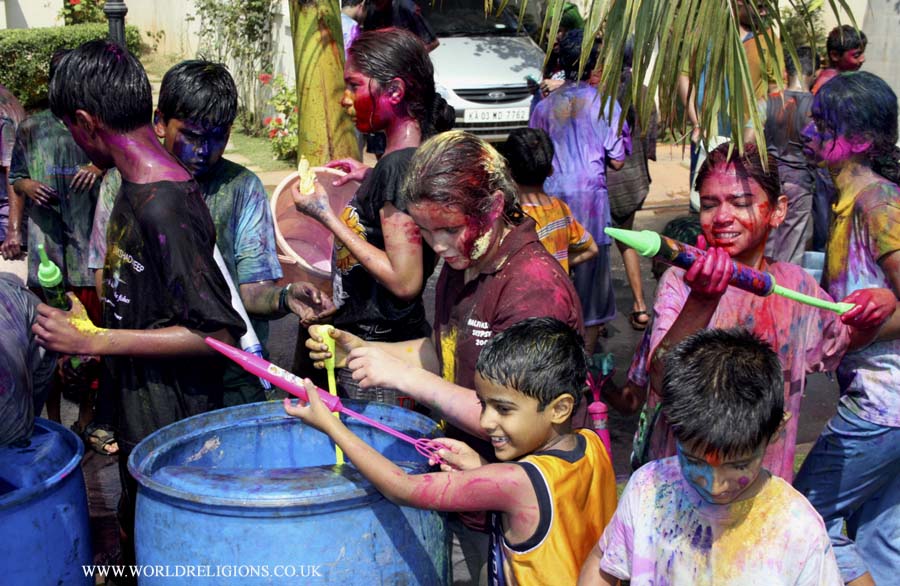 A  plan was hatched for Holika to sit Prahlada on her lap into the middle of a bonfire in the belief that he would perish and that she would survive.

But the reverse happened. Holika was consumed by flames and Prahlada was saved by Vishnu, the moral of the story being the triumph of good over evil.

Held in spring, the 11th month of the Hindu calendar, the festival celebrates new life and good fortune for the growing season.

On the eve of the full moon, many villagers build a bonfire with an effigy of Holika. Known as Holika Daha, it is a reminder of the symbolic victory of the forces of good over evil. 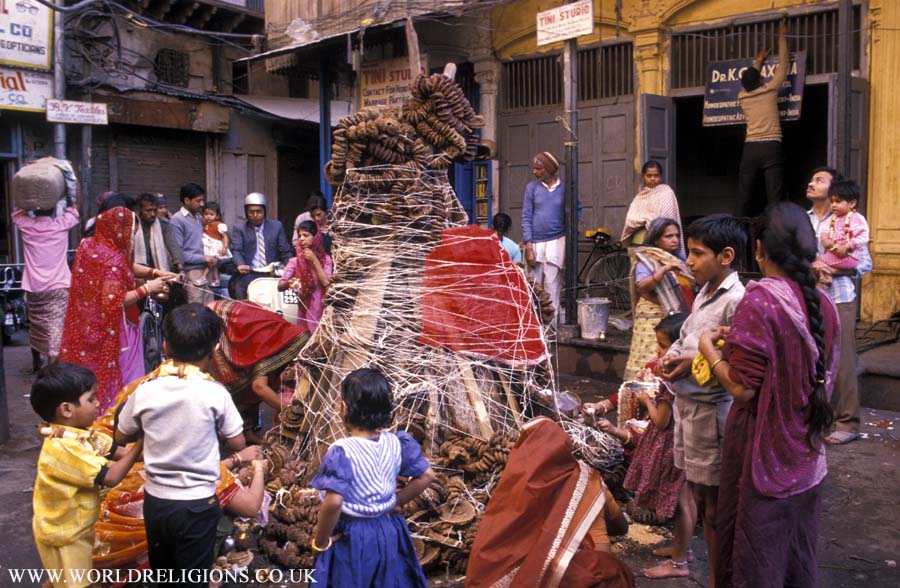 BONFIRES ARE BUILT ON THE EVE OF THE FULL MOON

While the theme is serious, Holi is filled with good humoured fun. Caste, age and religious differences are abandoned as revellers throng the streets singing and dancing and bombarding each other with water mixed with coloured powders.

Natural colours derived from burnt-yellow turmeric and ruby-red dhak have now been largely replaced by commercial pigments, but the effect is the same.

This is why Holi is known as the Festival of Colours:  red for love, green for prosperity, orange for success and pink for happiness. 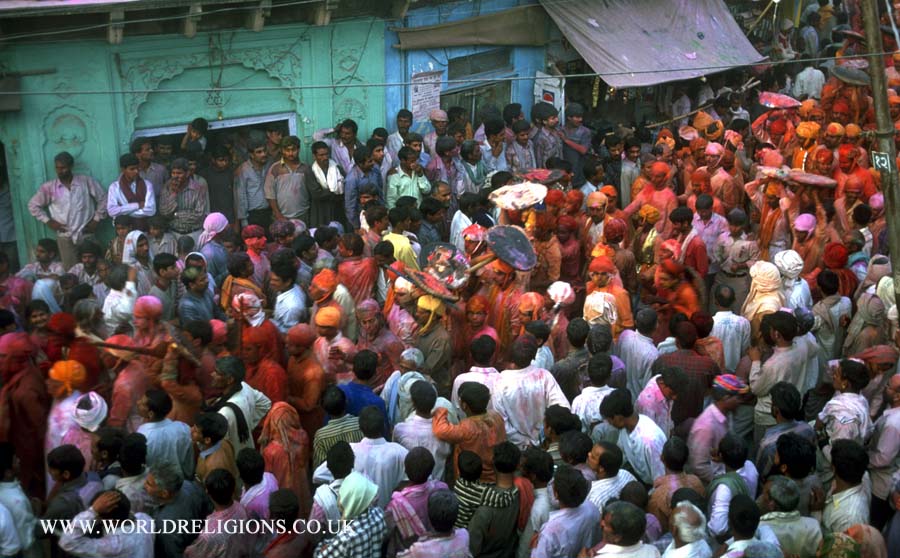 HOLI PROCESSION IN A TOWN IN UTTAR PRADESH