The mosque takes many forms across the Islamic world. While certain features are usually common to all —notably the prayer hall, dome and minaret—the architectural style and decoration are strongly influenced by regional traditions of the time and country where it was built. Today wealth also plays a big part in the construction of a mosque. By comparison with the very simple Muslim places of worship made of mud or palm fronds found in rural villages in Asia, are the elaborate mosques built by wealthy Arab states with no expense is spared. This said, the purpose is the same: ritualized worship especially on Friday when every male is expected to attend the jamii masjid (literally Friday mosque). Some Muslim countries do not admit non-believers in their mosques, but realizing their value as both a tourist attraction and in spreading the word, increasing numbers now allow visitors. 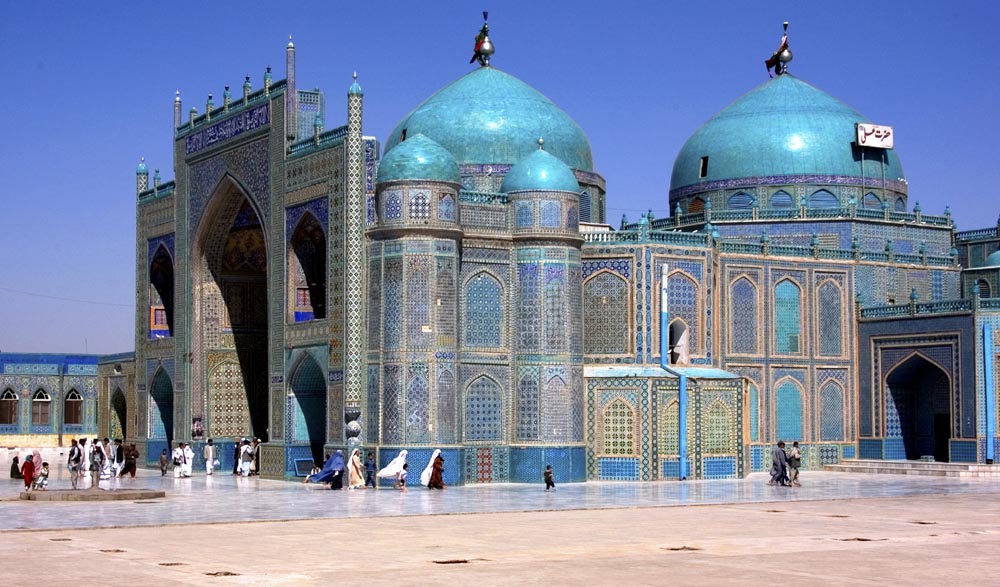 The Blue Mosque in Mazar-i-Sharif, north west Afghanistan, has foundations from the 12th century. It was rebuilt in the 15th century by the Seljuk Sultan Husayn Mirza Bayqarah using both Sunni and Shi’a artisans who covered the entire structure with turquoise tiles, many inscribed with verses from the holy Qur’an. Shi’ite followers believe it contains the tomb of Ali, a son-in-law of the Prophet whom they consider the Fourth Caliph. 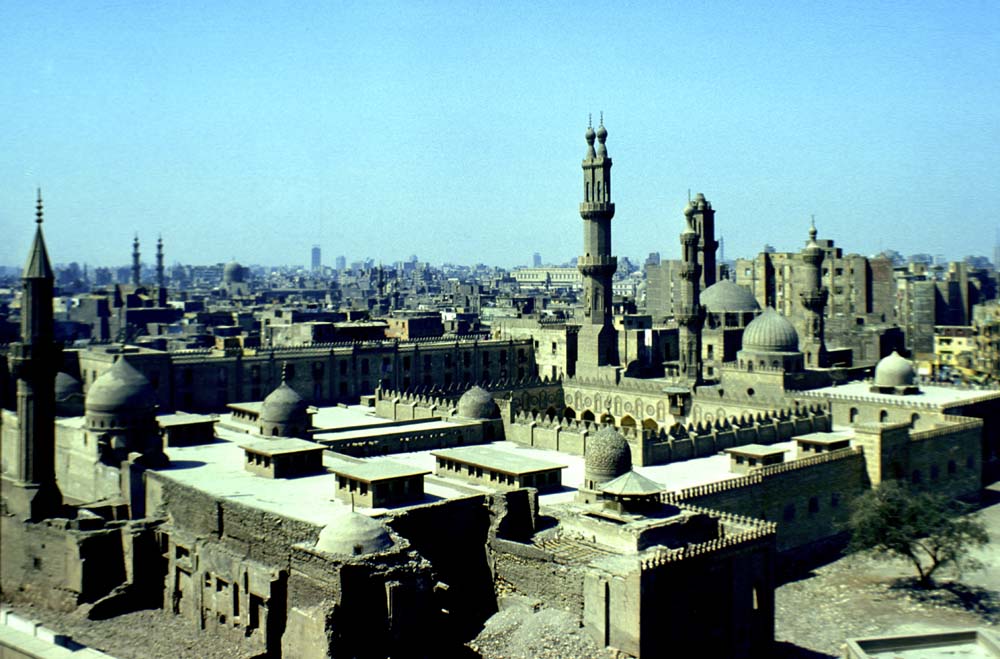 The al-Azhar Mosque was established by the Fatimid dynasty shortly after the founding of Cairo in 969 CE. Built by the Caliph Muizz Li-Din Allah, it opened for prayers in 972 CE. The madrassa within the complex initially spread Ismaili-Shi`ite teachings before switching to mainstream Sunni doctrine when the Ayyubid dynasty assumed power in Egypt in the 12th century. The mosque and associated university is the most revered in the Muslim world. 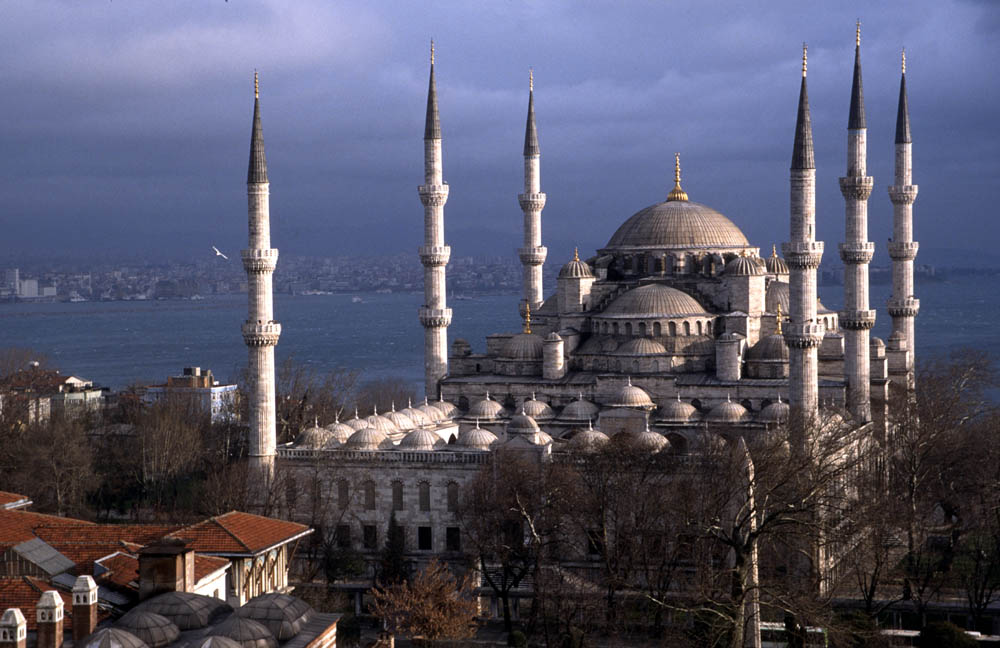 The Sultan Ahmet or Blue Mosque in the Sultan Ahmet district of Istanbul is attributed to the architect Sedefkar Mehmet Aga who based its design on a fusion of Ottoman and Byzantine elements featuring cascading domes flanked by six soaring minarets. Commissioned by Sultan Ahmet I between 1603-17 CE,  it takes its nickname from the misty blue Iznik tiles which cover the entire building. 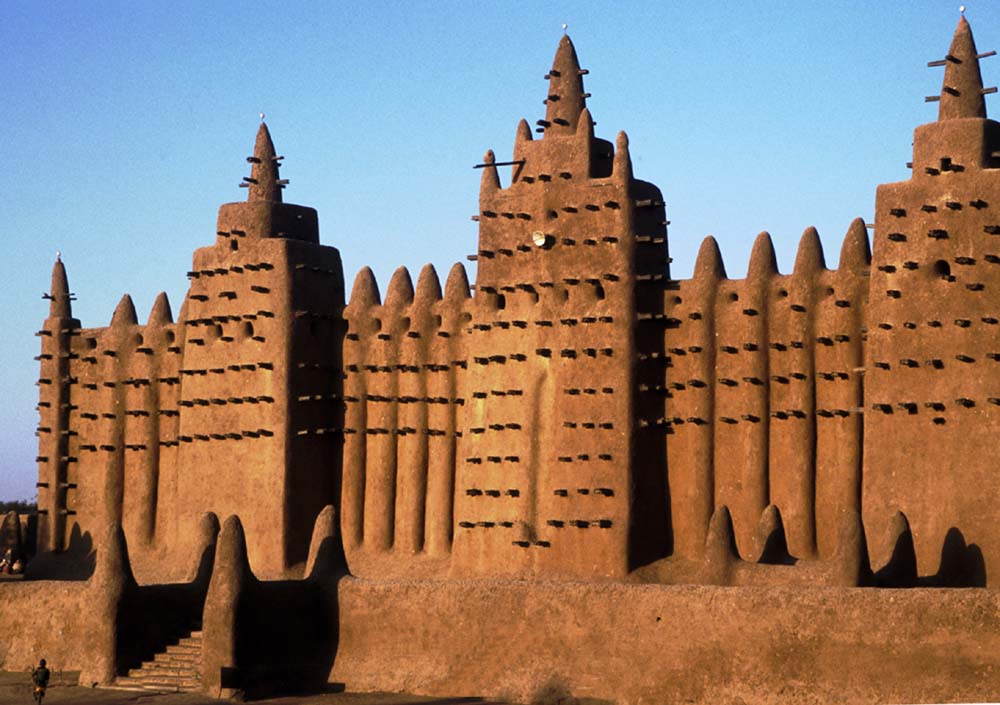 The Great Mosque of Djenne located in the central west African country of Mali is the largest adobe building in the world. Built in Sudano-Sahelian style of architecture, it was raised in the 13thcentury. The nature of its material requires regular re-plastering with riverine mud. The present structure dates from 1907 and with other historic monuments in Djenne, it is inscribed on the UN World Heritage list. 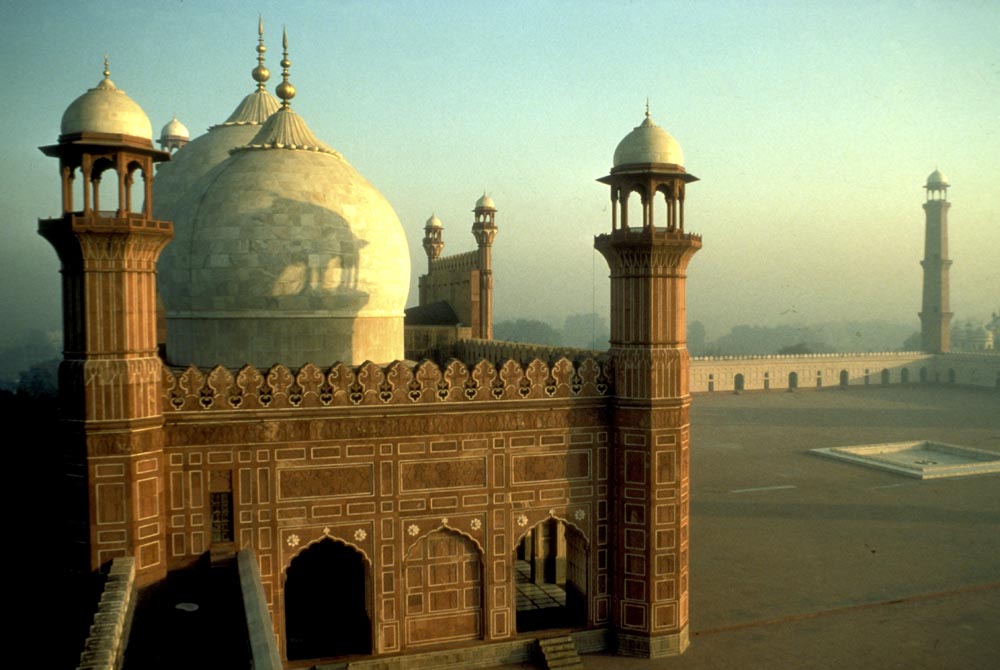 The Badshahi Mosque in Lahore, Pakistan was commissioned by the Mughal Emperor Aurangzeb c.1673. Paved in red sandstone, both the interior and exterior are decorated with elaborate white marble carvings in a floral design common to Mughal art. At the time of its completion, the Badshahi was the largest mosque in the world. The prayer-hall and courtyard can accommodate 56,000 worshippers. 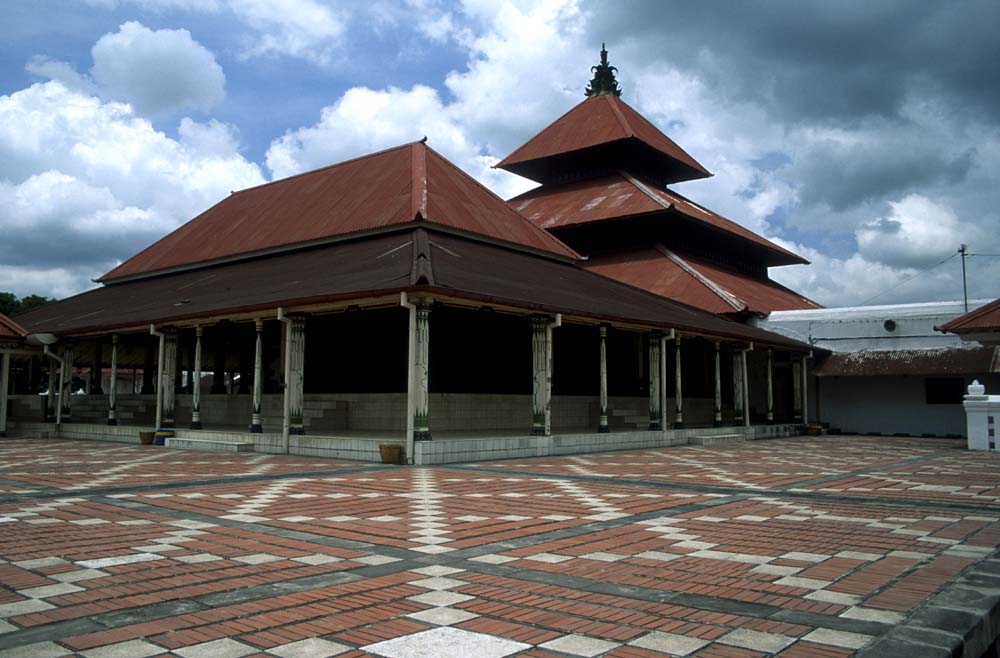 The Masjid Gedhe Kauman State mosque of Yogakarta, Indonesia, was built in 1773. Its triple tiered roof design is typical of traditional Javanese religious architecture being also noted for the absence of a dome and minarets.The prayer hall features 36 columns of teak. A pavilion within the complex is for the gamelan orchestra used on various Islamic-Javanese religious occasions. 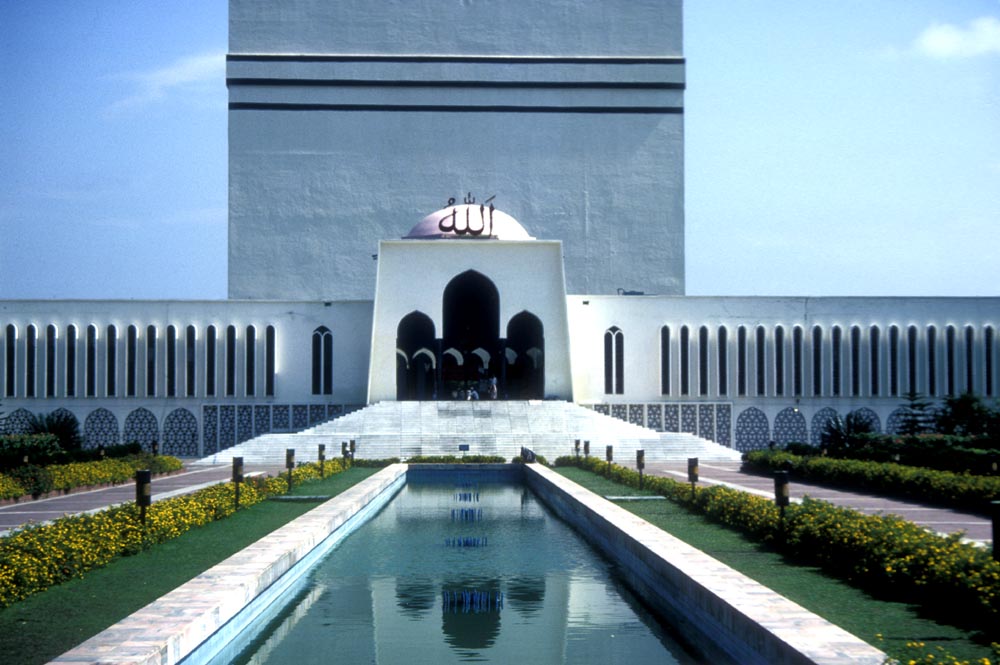 The Baitul Mukkaram in Dhaka is the national mosque of Bangladesh.  Designed by the Indian architect Abdulhusein Meheraly Thariani, its unusual large cube shape is modeled on the sacred ka’abah in the holy city of Mecca. The mosque lacks the traditional Islamic dome over the prayer hall which is roofless to allow in natural light. It opened for worship in 1968. 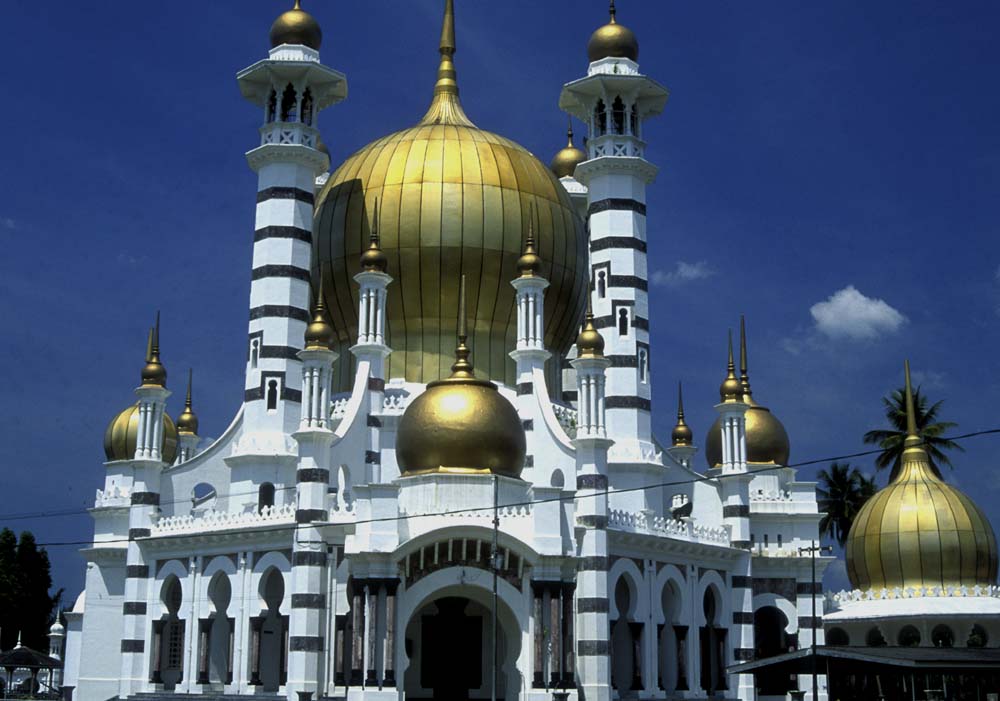 The Ubudiah Mosque located in the royal town of Kuala Kangsar in the state of Perak, Malaysia, features the voluptuous Indo-Saracenic style of architecture popular in Asian colonies of the British Empire. Designed by Arthur Bension Hubback during the reign of the 28th sultan of Perak, it opened for worship in 1917. 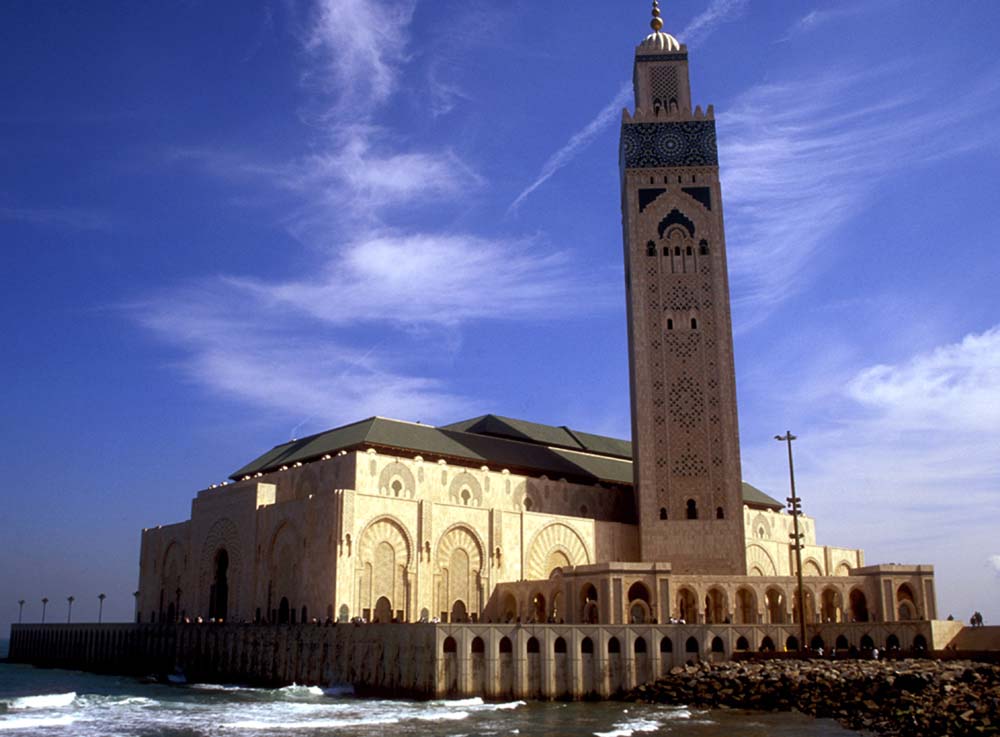 The Hassan II Mosque in Casablanca is the largest mosque in Morocco with the world’s tallest minaret (210 metres) whose laser beam is visible to shipping 10 kms out in the Atlantic Ocean. Standing on a coastal promontory, the huge building designed by architect Michel Pinseau, can accommodate more than 105,000 worshippers. It opened in 1993 and may be visited by non-believers. 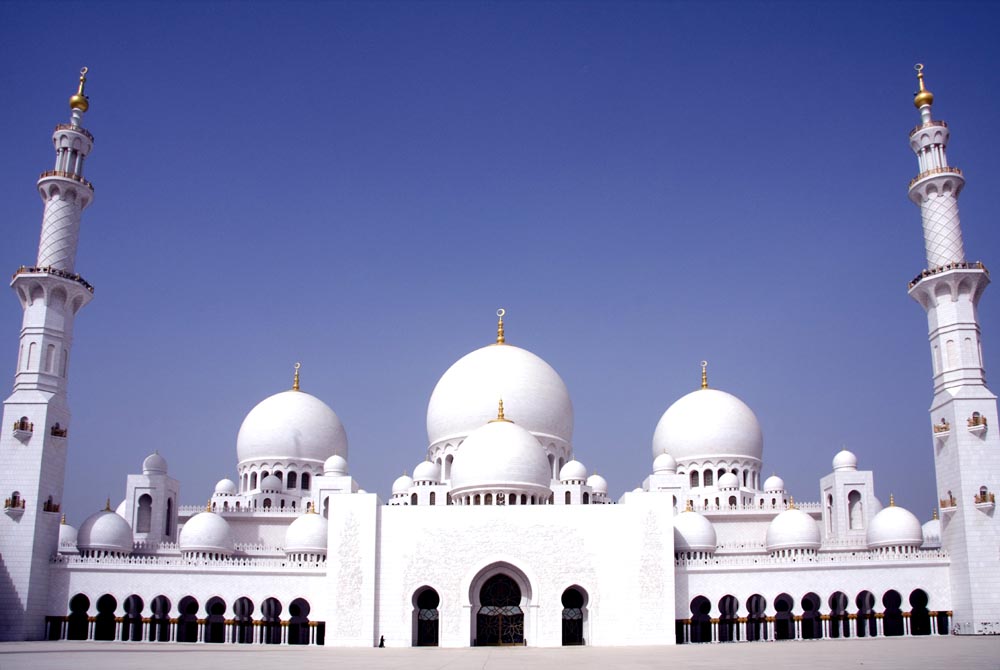 The Sheikh Zayed Grand Mosque in Abu Dhabi, capital of the United Arab Emirates, is one of the major modern mosques in Islam. In size equal to five football fields, it boasts the world’s largest dome, the biggest chandelier and the longest carpet made of 2,268,000 knots and weighing about 47 tonnes. Opened in 2007, the mosque can hold 40,000 worshippers. Guided tours are available except on Friday prayer time.