As dawn breaks over the Ganges in Varanasi, flickering candles on banana leaf offerings drift past our boat. 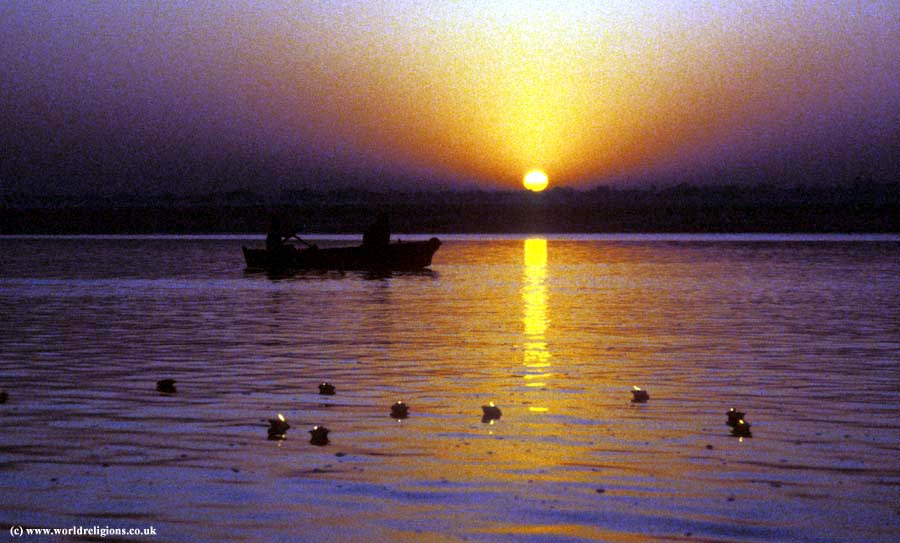 As the sun rises higher, the stepped ghats lining the riverbank become a hive of activity. 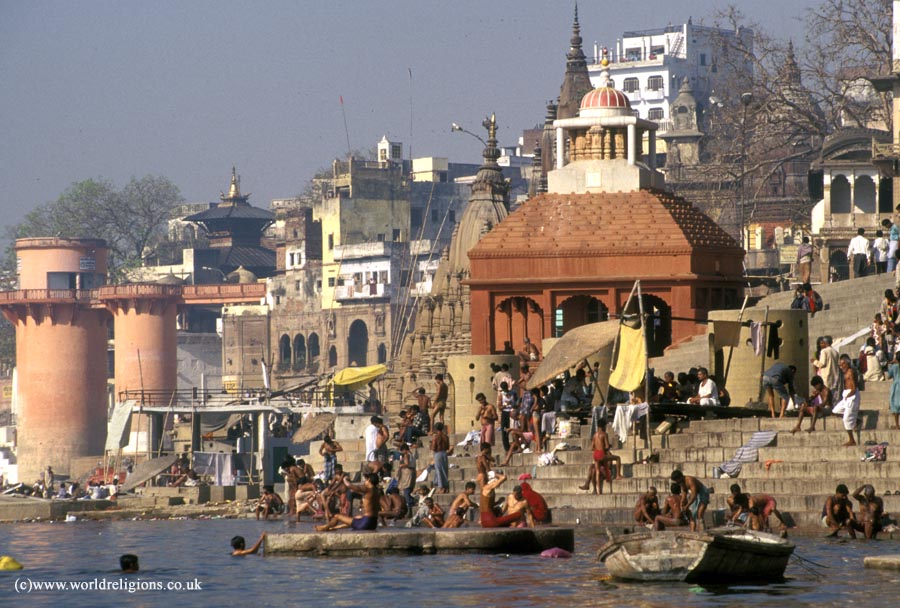 Early arrivals are flower-sellers, priests and sadhus. or holy men, who make a living from the thousands of pilgrims who visit the sacred city. 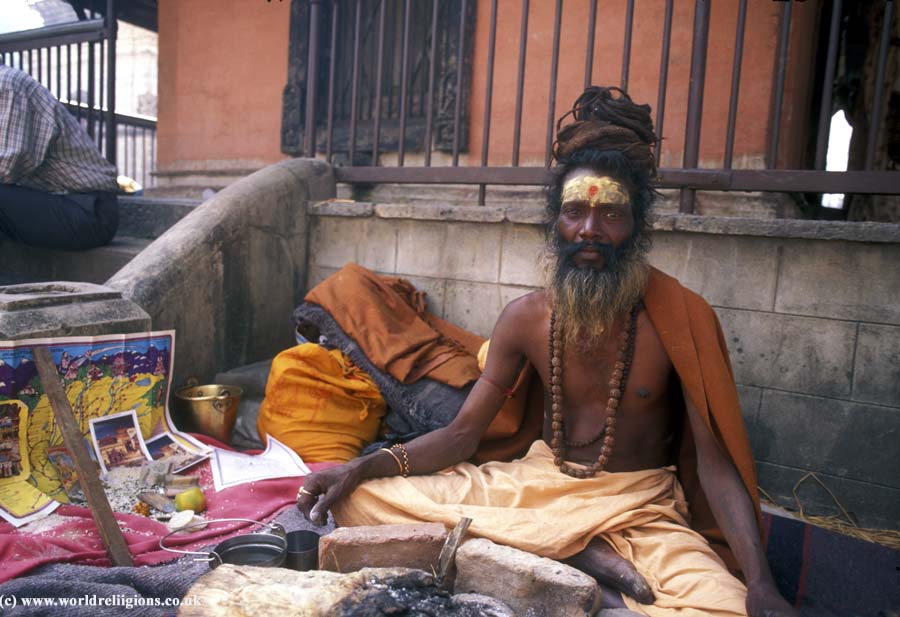 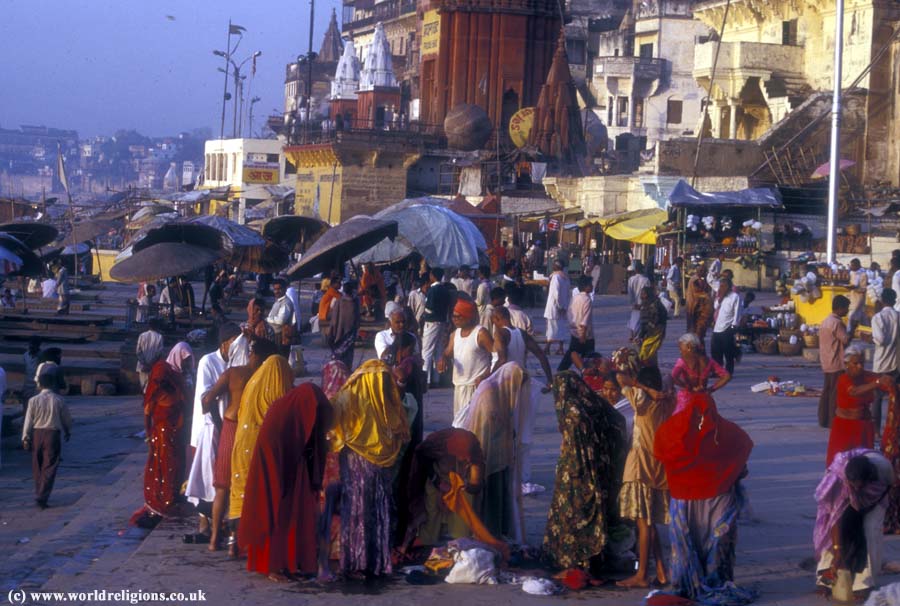 Seated on the steps of the Assi Ghat, youths lather themselves with soap. 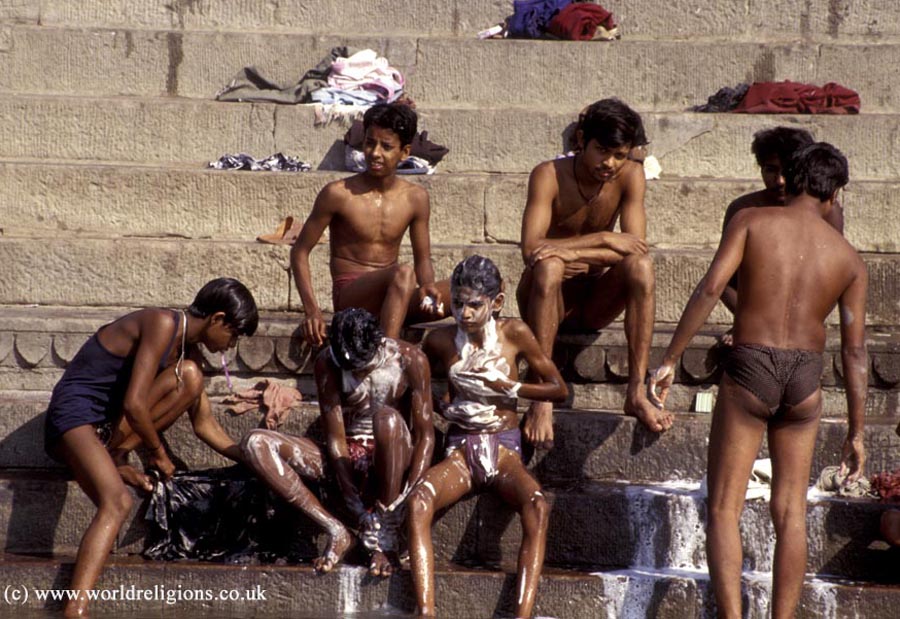 Ablutions performed, prayers are said and smoke curls upwards from the first cremation of the day on the Manarkarnika Ghat, the principal burning ghat in Varanasi. 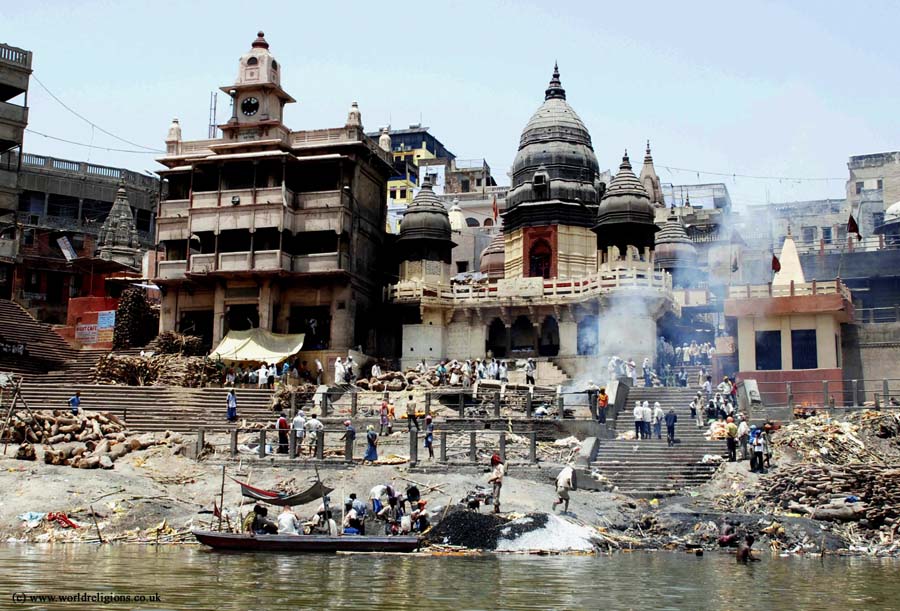 On Kedar Ghat, professional laundry men begin washing clothes, slapping them on large flat stones with such force that we can hear the echo out on the river. There is religious merit in having your clothes washed in Varanasi, but Brahmins, the upper class in Hindu society, employ their own dhobi-wallahs to avoid caste contamination. 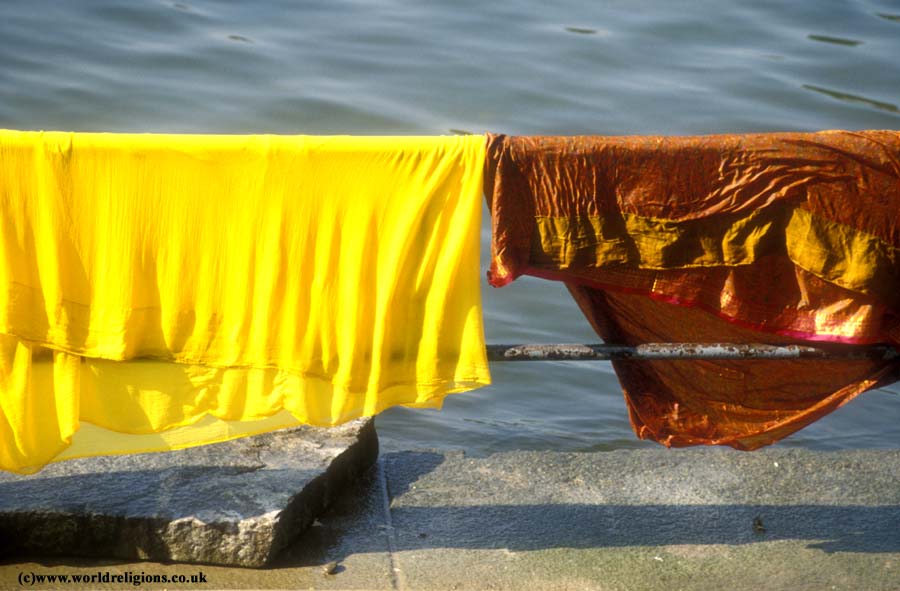 Varanasi is the home of  Lord Shiva, one of the three main deities in Hinduism. Not only his Shaivite followers, but every devout Hindu hopes to die here and to have his ashes scattered on the holy river. 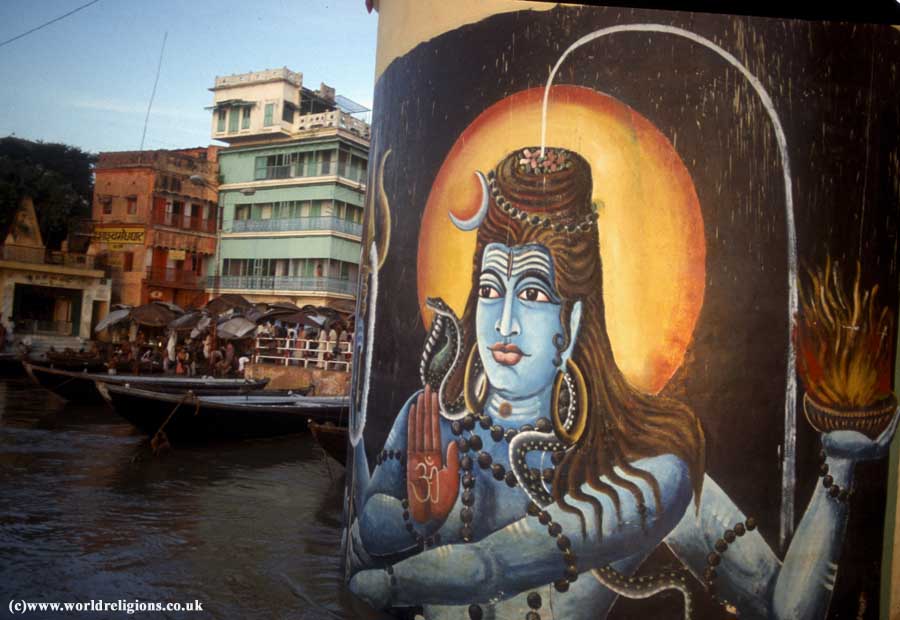 Throughout the day, corpses wrapped in gold-coloured bindings are brought for cremation. Another, then another, arrives on a litter borne through Varanasi’s narrow lanes by Doms —low caste untouchables, or Dalits. 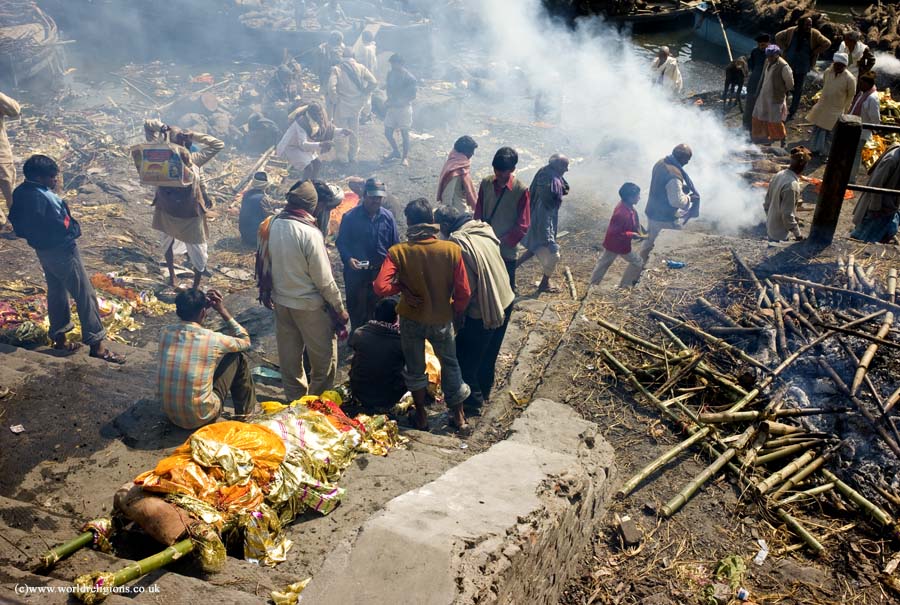 Mourners stand watching the funeral pyres being built by other Dalits who perform all the unsavoury jobs at Varanasi.

Only male relatives attend a funeral. Normally the eldest son carries out the obsequies. He lights the pyre after first placing a burning stick in the mouth of the deceased. 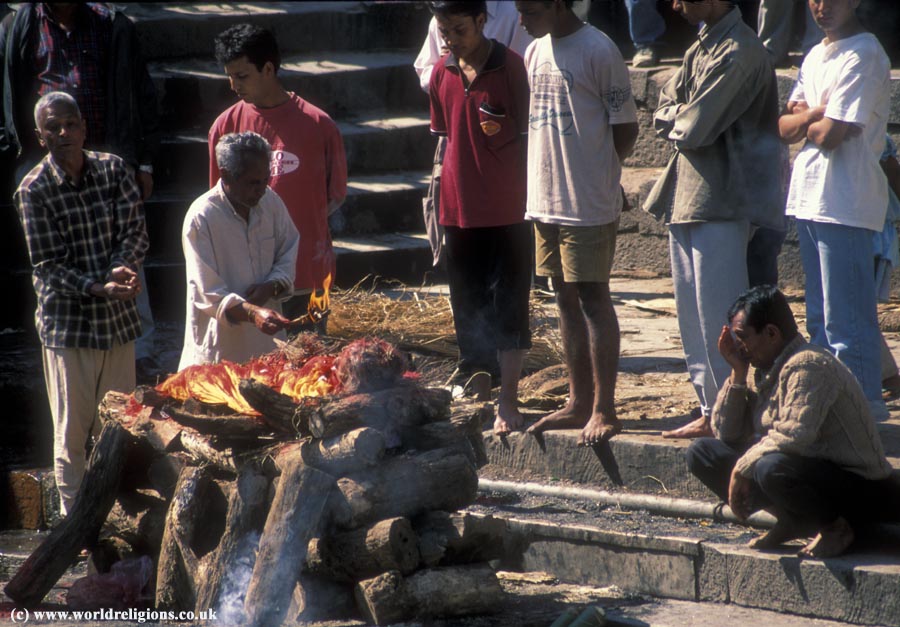 Not everyone is cremated however. Sadhus, pregnant women and children under two are considered pure and do not need to be cleansed by the sacred fire. They are either buried or set adrift on the river. 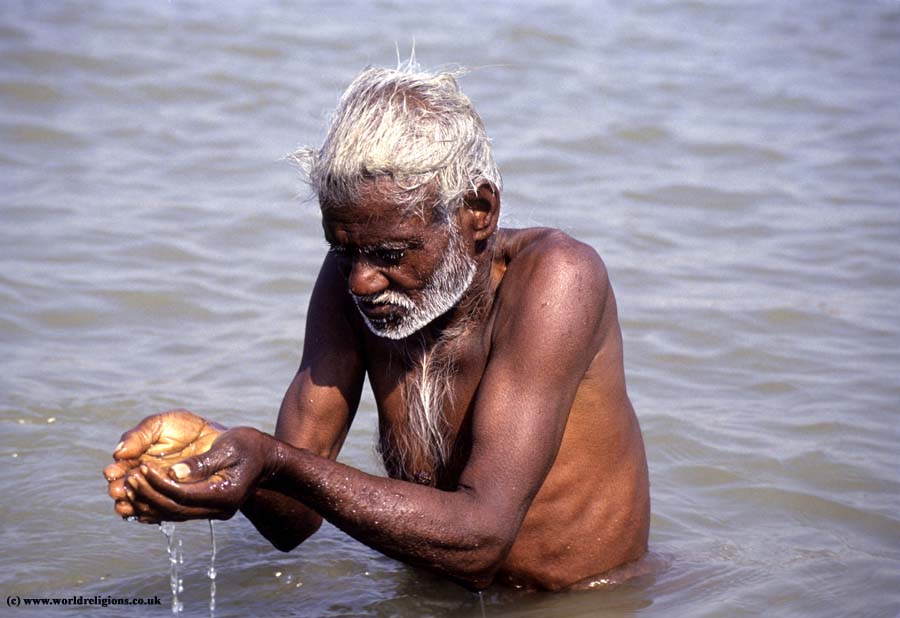