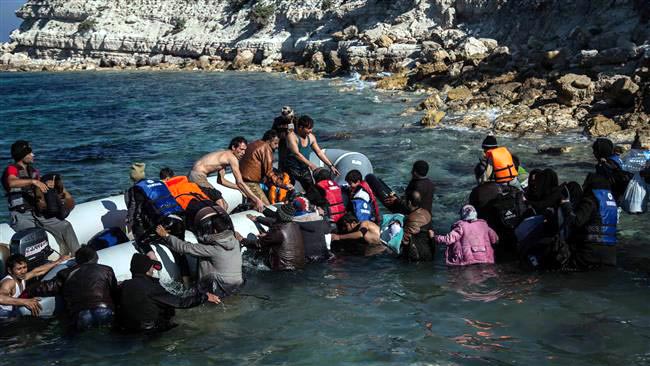 REFUGEES ARRIVING ON THE GREEK ISLAND OF CHIOS

Immortalised by foreign writers such as Lawrence Durrell, the Greek islands offer an enchanting escape from reality. Who has not fallen in love with Santorini, whose white houses and chapels are etched against a Hockney-blue Mediterranean. Or Kythera, birthplace of the Goddess Aphrodite? Or Lesbos, island of the legendary poetess Sappho?

It is another story for locals however. Their well water is limited and all supplies must come by boat from mainland Greece. Even seafood. Long ago the seas were fished out.

Life was never easy on the rocky islands. Now the flood of of refugees fleeing conflict in the Middle East has made it even tougher. Especially for the North Aegean islands of Lesbos, Chios and Kos. With a resident population of only 500, one tiny island received more than a thousand refugees, mainly Syrian Muslims, in a single day.

True to their reputation for generous hospitality, the Greek islanders have done everything within their means to accommodate those wet and hungry refugees who survived the short, but perilous boat trip from the west coast of Turkey.

A grim side effect for their efforts is a big drop in tourism – as much as 65 per cent in Kos – on which all the Greek islands depend for their livelihoods.

The only heartening news is that those islanders who have found themselves on the frontline of the refugee crisis are to be nominated for this year’s Nobel Peace Prize. 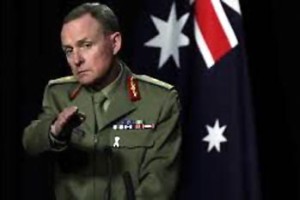 Australian of the Year 2016, General David Morrison who once ordered soldiers to “get out” of the military if they could not respect women as equals, declares religious discrimination is alive and well [in Australia]. Ref. Islam.

Pakistan’s attempted role as mediator between Saudi Arabia and Iran is a delicate balancing act. A request from Saudi Arabia to join the Arab coalition bombing of Yemen was sensibly turned down. But the kingdom is a generous benefactor of Pakistan. Pakistan shares a long western border with Iran, and after Iran, it counts the second-largest Shia population of any Muslim country. Crucial to Pakistan’s interests is the Iranian proposal to build a rail-link through Baluchistan, to its strategic Arabian Sea port of Gwadar. Prime Minister Nawaz Sharif is a wily politician. Can he manage to balance both countries without antagonizing either? 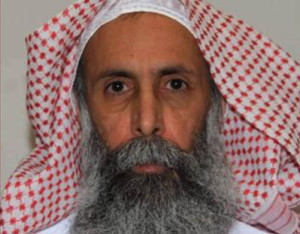 In executing Sheikh Nimr Baqir al-Nimr, the outspoken Shi’ite cleric from the Eastern Province, Saudi Arabia has made a serious “strategic error.” Not only is this fuelling the Sunni-Shia split, it is having dramatic diplomatic repercussions.  Protesters have torched the Saudi embassy in Tehran, sectarian violence has flared in Iraq, Bahrain’s oppressed Shi’ite community has clashed with police and nervous of an upscale in fighting in Syria and in the broader Middle East, world financial markets have dropped sharply.

“If you are trying to repair the Sunni-Shia split in Iraq in order to have a united front against Daesh, this will make life a bit more difficult,” said William Patey, former British ambassador in Riyadh.