The Hala Sultan Tekke Mosque enshrining the mausoleum of Umm Haram, the “foster-mother” or wet-nurse of the Prophet Muhammad, is considered one of the holiest sites in Islam. It is located on the shore of a salt lake, 6km west of Larnaca, on the south coast of the Mediterranean island of Cyprus. 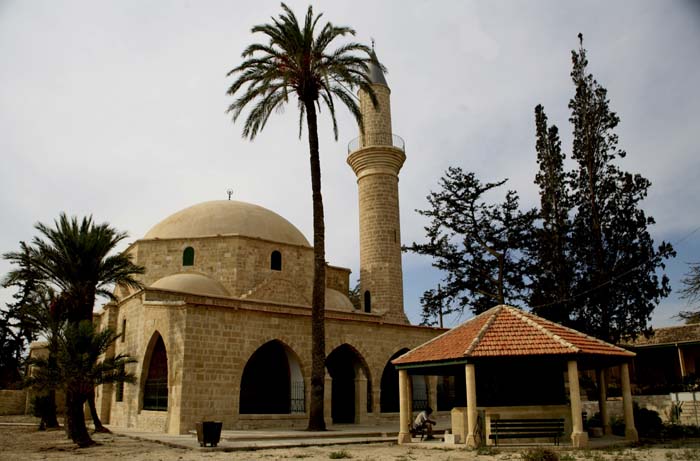 THE HALA SULTAN TEKKE MOSQUE AND SHRINE IN SOUTH CYPRUS

Legend surrounding the old woman’s demise, claims she broke her neck in a fall off a mule, while riding on the western lake shore in 646 CE. Her tomb, discovered by a wandering Dervish, was reported to possess healing powers. On touching the stone, cripples were seen to rise and walk. Other pilgrims had their maladies miraculously cured.

In 1760, during the Ottoman administration of Cyprus, the Sultan in Istanbul, ordered a mosque to be built over the sacred site. The chamber containing the tomb lies behind a grill beneath a cross-piece formed by a slab of meteorite, similar to the ka’aba in the Muslim holy city of Mecca. 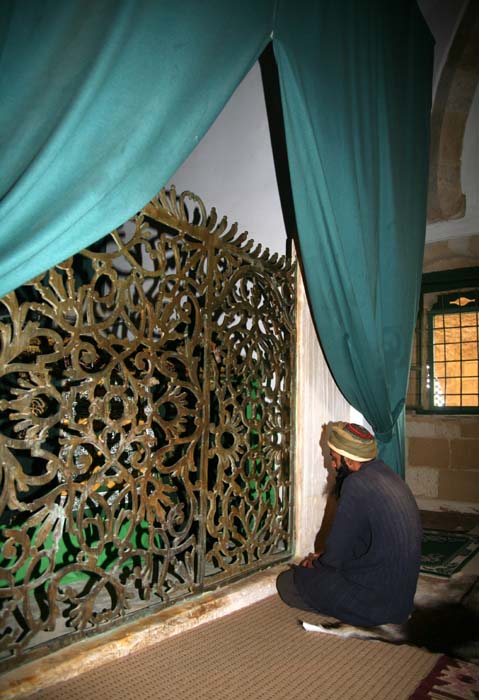 THE TOMB IS LOCATED BEHIND AN ORNATE GRILL IN THE MOSQUE

Though simple, the present mosque, renovated in 1816, exudes a spiritual quality remarked on by both Muslim and Christian visitors. The complex contains simple lodgings for pilgrims and was once known as “Gülşen-Feyz” (the rose garden of plenitude or enlightenment).