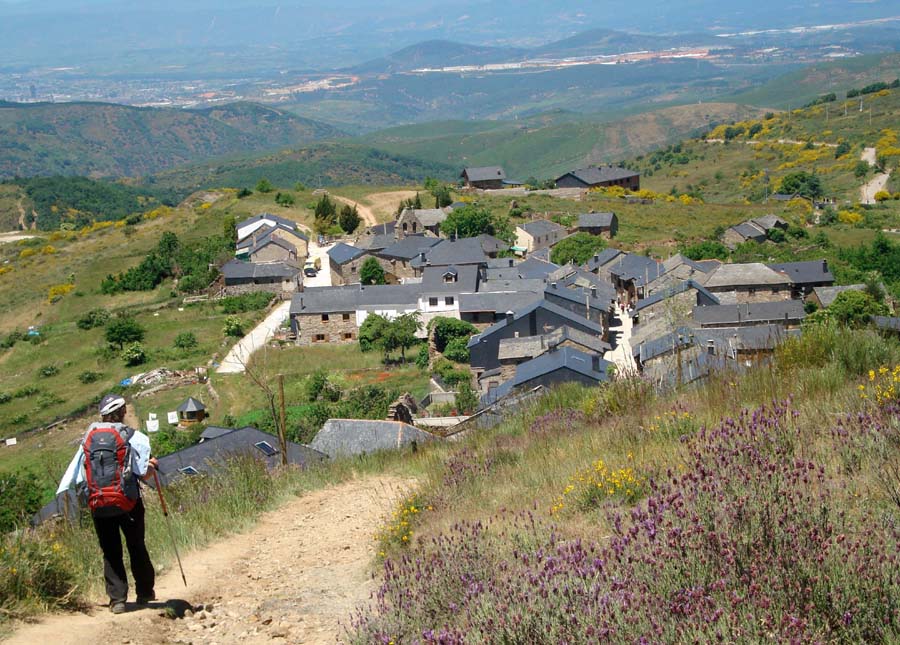 DAY 25 ON THE CAMINO TO SANTIAGO DE COMPOSTELA

The Camino de Santiago, or the Way of St James, has been a Christian pilgrimage route since at least the 9th century. Winding  some 800 kilometres from France across northern Spain, it ends at the Cathedral of Santiago de Compostela, the resting place of James the Apostle.

Former Qantas hostess, and mother of five, Australian Trish Clark, has walked the Camino and written a guide for those who want to follow in her footsteps. Below is a soupçon of her experience.

Throughout much of my life the Camino had been like a siren call, challenging me to follow this medieval pilgrim trail and finally, with the children grown up,  I set out.

The walk started at St Jean de Pied de Port, in the foothills of the French Pyrenees, before heading west through a countryside dotted with rustic villages, until ending in Santiago de Compostela in north west Spain.. 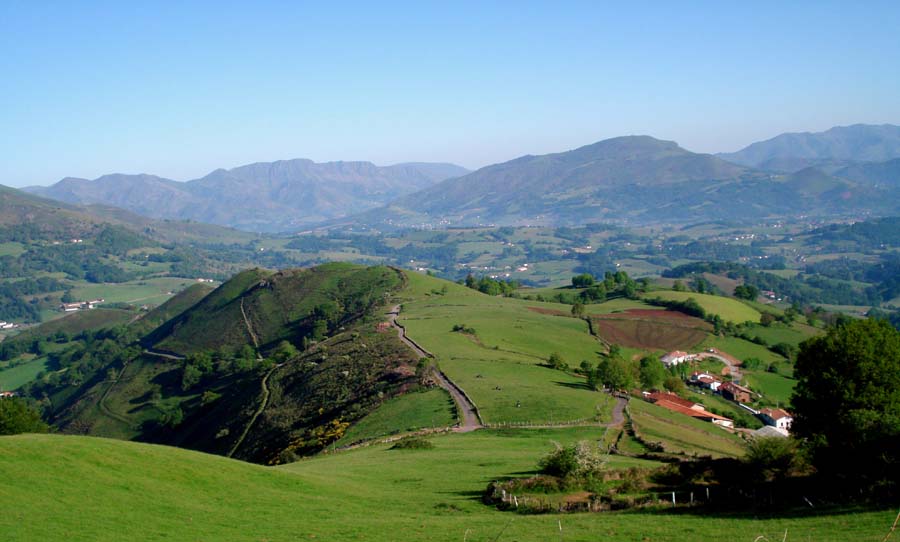 VIEW OF THE CAMINO IN THE FRENCH PYRENEES

I was soon to discover the pilgrimage is not for the faint-hearted. A physical wreck after the first day, I thought I had made a terrible mistake.

I was on my own, and missing a yellow directional arrow, I walked an unnecessary 10 km. before stumbling into a village with one thought: I cannot keep this up for 6 weeks. I will return to St Jean and make my way home to Sydney. 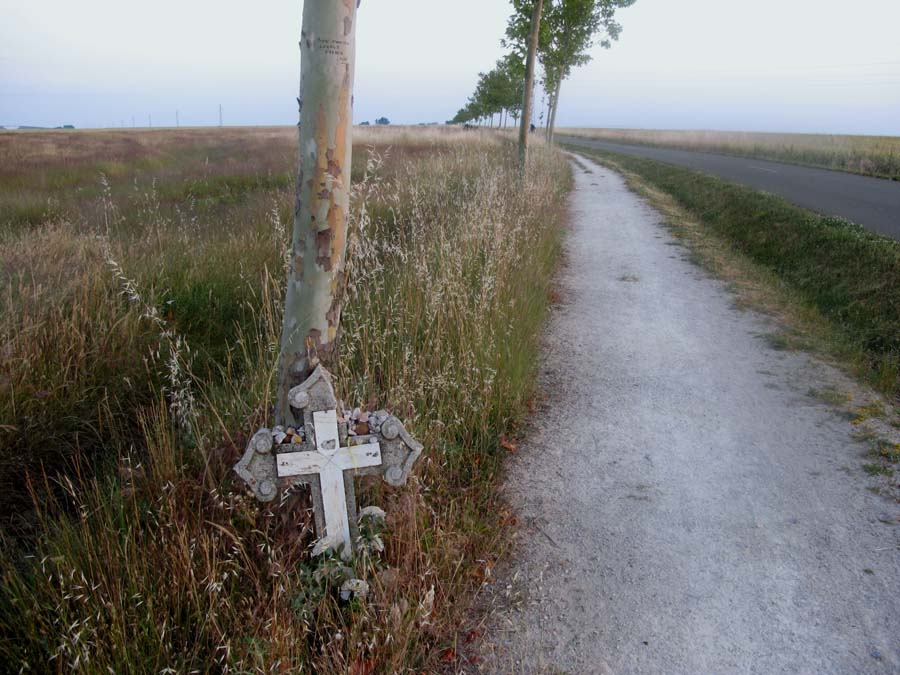 NOT ALL PILGRIMS MAKE IT

But the following morning, I experienced the first miracle of my Camino. I awoke refreshed with not an ache, or a blister and after a hearty breakfast, I strode out of town on a high.

Keeping the arrows in sight, I travelled light, carrying a 24 litre backpack and overnighting in guesthouses and pilgrim hostels along the way. 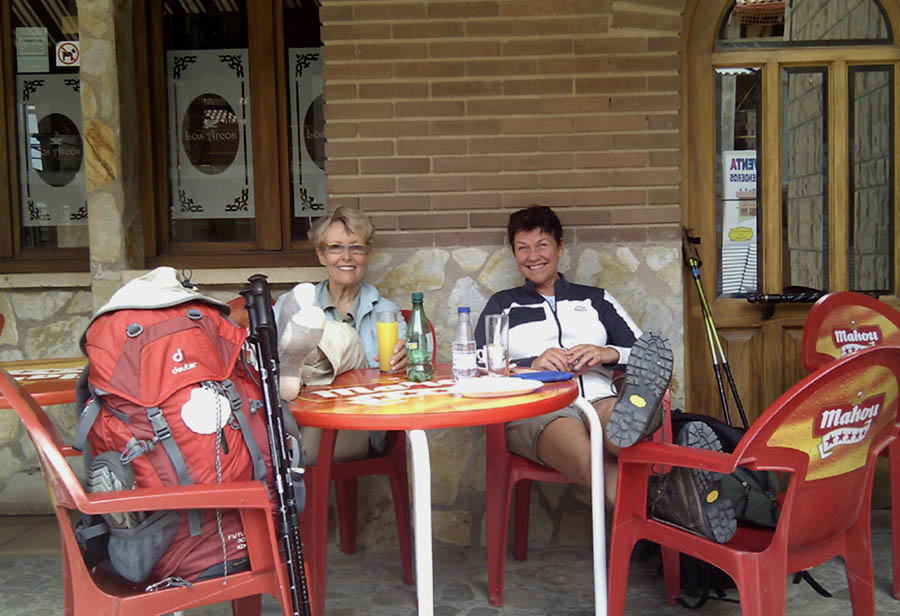 WITH A SWEDISH PILGRIM IN NAVARETE, LA RIOJA PROVINCE OF SPAIN

On reaching Santiago after 34 days, I presented a passport stamped from each location. The reward —a treasured Compostela certificate. And following the custom, I attended a pilgrim celebration Mass, held daily at noon in the magnificent 12th century Baroque cathedral. 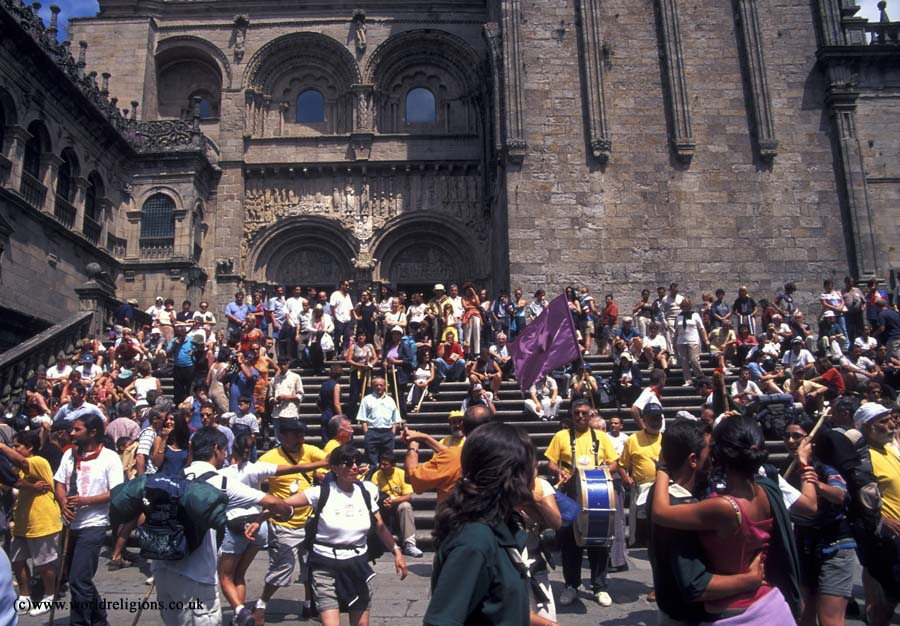 PILGRIMS CELEBRATE OUTSIDE THE CATHEDRAL OF SANTIAGO DE COMPOSTELA

Once the domain of the penitent, the Camino now attracts all sorts of people from church groups, to fitness fanatics and tourists.

As well as those walking to honour their faith, I met others in search of themselves, one training for a marathon, another making the trek in gratitude for recovering from an illness and one man who made it known to every female pilgrim that he was looking for a wife (I later heard that  he was unsuccessful).

I still think about the Camino frequently. Following the yellow arrows taught me much about myself, about freedom, about perseverance, about trusting God and about the abundant joys of leading a simple life. 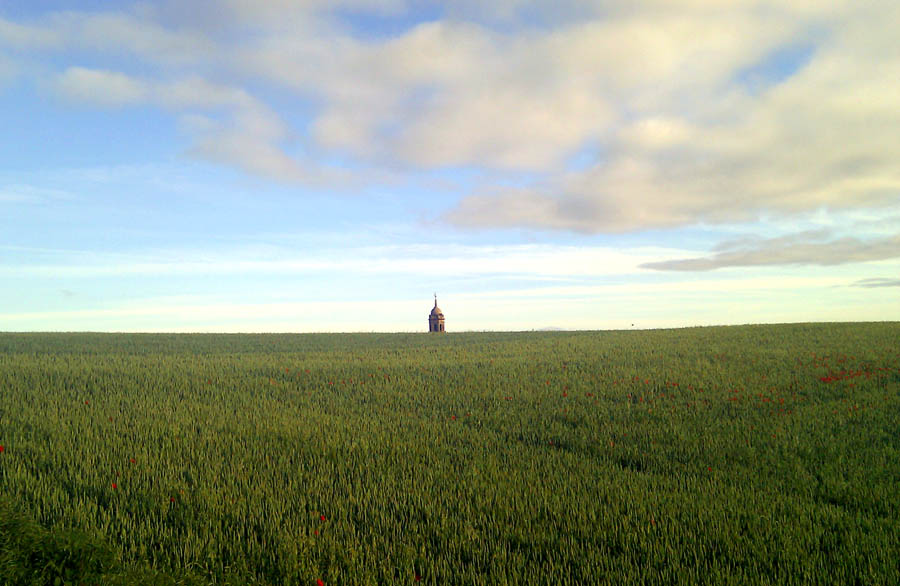 Also by Trish Clark, a guide to Convent and Monastery accommodation in Europe.