In 1993, while based in London, I founded the World Religions Photo Library in response to requests for images from leading academic publishers in Europe and the USA. Most photo libraries claim to specialise in religion when in fact their images are largely limited to places of worship. Where the World Religions Photo Library stands out is that our core stock features people practising their chosen faith in association with the rites of passage specific to their country of residence.

In 2015 I decided to produce a book featuring the most outstanding pictures of the world’s six mainstream religions.

Such an ambitious project was possible because the photographs in Among Believers are either my own copyright, or that of the photographers who are represented by the World Religions Photo Library.

In this sense Among Believers is unique and beautifully designed, it is an ideal learning tool for students or anyone with an interest in comparative religions. 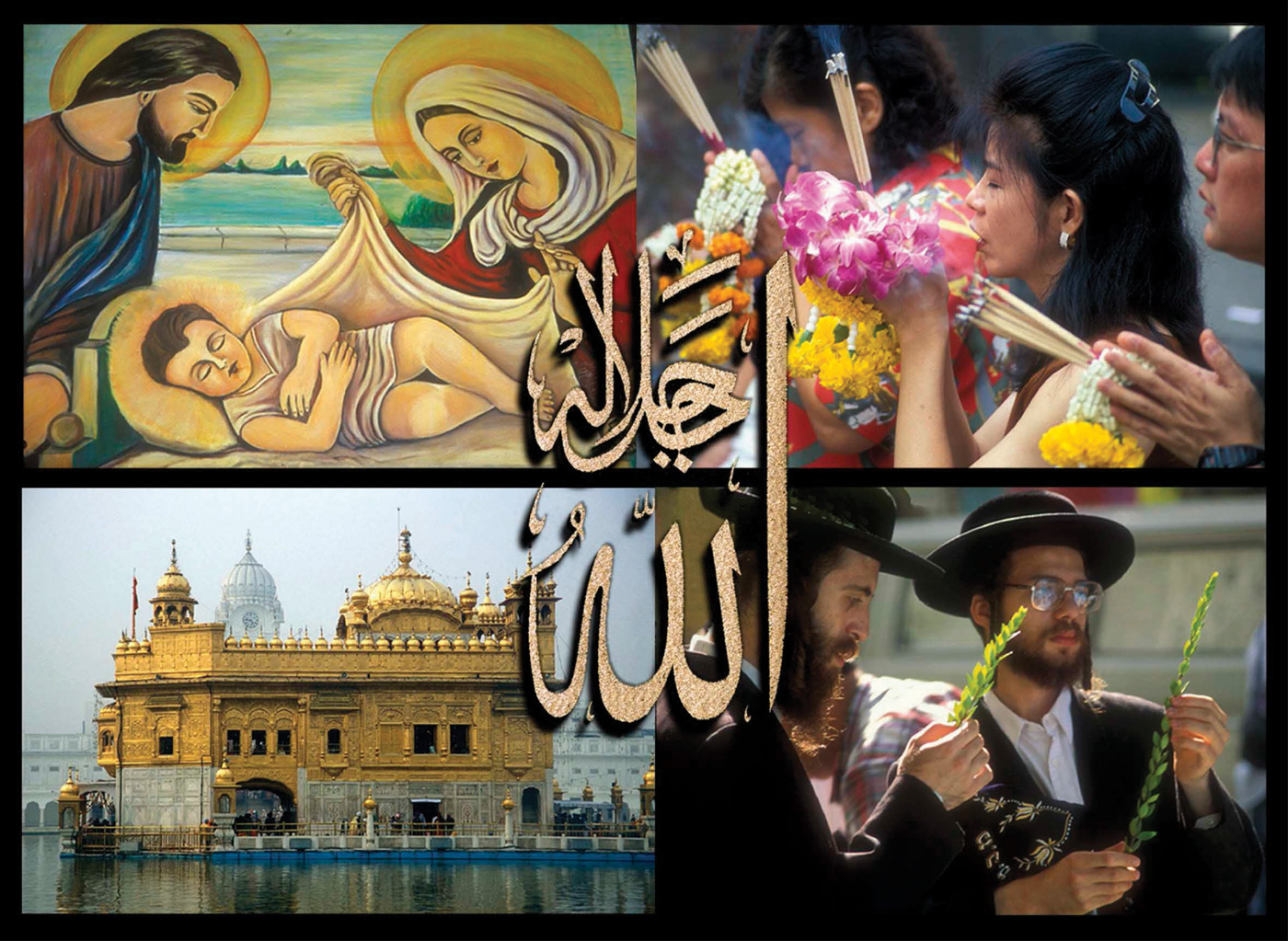 Visit the Blurb Bookstore to preview and buy Among Believers. The book will soon be available from additional outlets.

RELIGION is best described as a set of beliefs, dogmas and rituals that define relations between human beings and their perceived image of the Divine. It can be practised in private communion, or in bonding with other believers in a purpose-built place of worship. Nothing provides a better picture of a country's culture than the religion followed by the majority of its citizens. It is equally true that nothing has had more influence on successive civilisations, not only in its legacy of magnificent buildings and masterful works of art, but in doctrines durable enough to have come down through the centuries unchanged.

Worship, the most obvious expression of faith, is common to all religions and while some are more institutionalised than others, all teachings essentially advocate similar directives for ethical and moral living. Even so, the practice of religion varies widely in relation to the customs and traditions rooted in a country's culture and may include sacrifices and sermons, festivals, feasts and fasts, matrimonial and funeral services, meditation, study, music, art and dance.

Explore the richness and diversity of the world’s mainstream religions — Christianity, Islam, Hinduism, Buddhism, Judaism and Sikhism — through the remarkable photographs documented in Among Believers.